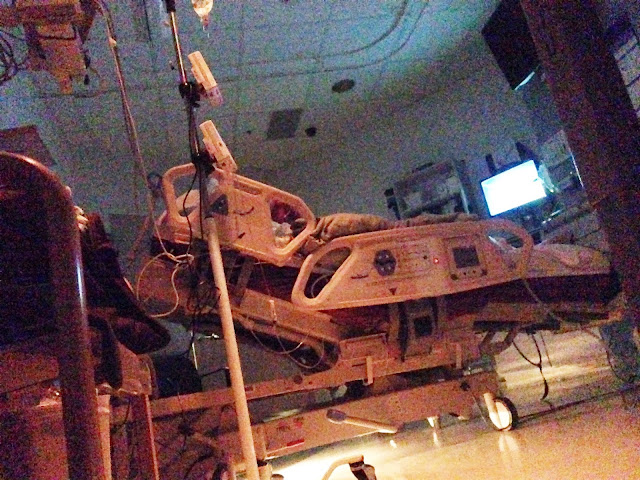 The nurse told us that you do not get to sleep in the ICU, but I didn't realize exactly what we were in for.

Every hour Rob was given a neuro test, they would ask him questions about where he was and how he had gotten there. His speech was very slurred and hard to understand, but he really tried to answer all of their questions. He would tell them he had an attack, or a heart attack, and a seizure, but would never say he had a stroke. I had to laugh a little when he would tell them that some guys strapped him down and drug him there. Along with the questions they would also check his grip, have him lift his arms and legs, and smile.

I swear I would just close my eyes when they would return to do another check, definitely no sleep.

At around 4:30 am they came to take Rob down for a CT scan so I quickly went home to shower and get some breakfast. The house was quiet and I sat on the side of my tub and cried, Rob was stable but I didn't know what we were in for or how long his recovery was going to be. I knew there were many things I hadn't even dealt with yet that would be thrown my way like his job and all the hospital bills. It was a lot and I was on my own, something I am not used to, I realized how lucky I have been to always have Rob as a support and partner in life.

When I returned to the hospital Rob was asleep and there had been a shift change so he had a new nurse. She came in and asked if I had spoken to Rob yet, and told me that he was able to communicate with them and tell them exactly what he needed. They also told me the plan for the day, he would be meeting with physical therapy, occupational therapy, and speech therapy throughout the day. They would also continue with his neuro checks every hour. 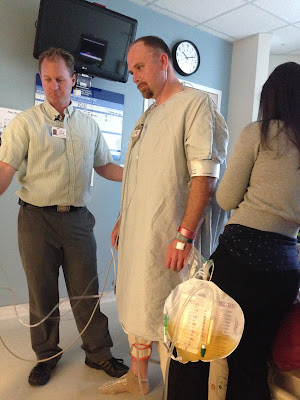 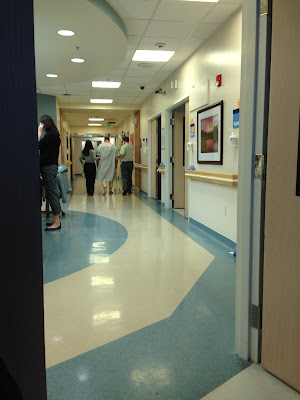 Physical Therapy was the first to show up, they had him lift his arms and legs, squeeze their fingers, and then they asked if he wanted to try to walk. Rob sat up and moved his legs over to the side of the bed, they assisted him up and he stood there as steady as normal. He was so eager to walk they had to slow him down so they could get all of his cords and wires in place. They let him walk down the hall and then made him come back, he was a little upset they wouldn't let him go longer, but they said it would be good for him to get up and walk around later. They signed off that he did not need any Physical Therapy and once they left he immediately starting asking when he was going to go home. Unfortunately it would not be anytime soon.

We waited most of the day for speech therapy, which was rough because they would not let Rob eat until speech therapy had cleared him. They were worried that the stroke may have caused him to get his swallowing and breathing mixed up and cause him to aspirate.

Rob's cousin Jenny came down to see how he was doing, she is a speech therapist and wanted to make sure they were taking good care of Rob. Unfortunately they wouldn't let her clear him so we waited some more. Finally the speech therapist came he was cleared to eat and enjoyed a hamburger from the cafeteria.Yummy.

Rob's Dad came in the afternoon and sat with Rob while I went to pick up the kids from school, we ran home to get clothes for the next day, and then headed to the hospital to see Rob. The girls did not want to stay very long and Hunter did not want to leave, but the hospital is not exactly a fun place for kids. 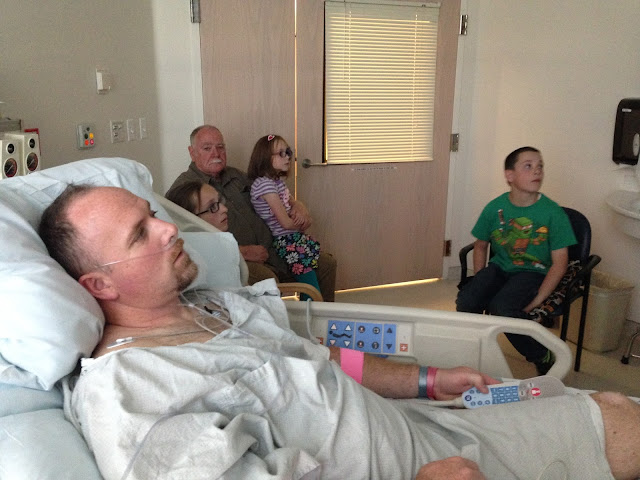 They eventually left with Rob's Dad who took them back to Katie's house for the night.

Rob did a lot of sleeping in between neuro checks, we ate dinner from the cafeteria, and then I left for the night. We had been through a lot of hard things in those 2 days, but I think the hardest was when I had to leave him there at the hospital and go back to an empty house. We said a prayer before I left and then I cried the entire way home and for the next little while at the house. I prayed a lot that he would be ok and I would find him well when I returned in the morning. I knew he was in good hands and that I was no good to him if  I didn't get some sleep and take care of myself, but it didn't make leaving him any easier. 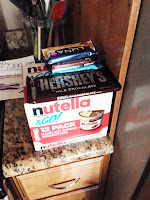 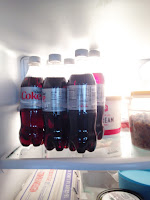 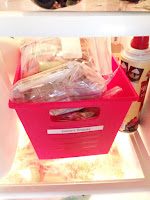 I came home to a fridge stocked with goodies, I have the greatest friends/neighbors who made sure that I had what I needed to take care of myself. I never expected the amount of kindness and love that was shown to our family, but I have been very grateful for all of the amazing people Heavenly Father put into our lives to help make this a little bit easier to handle.
Posted by Jamie M. at 8:14 PM