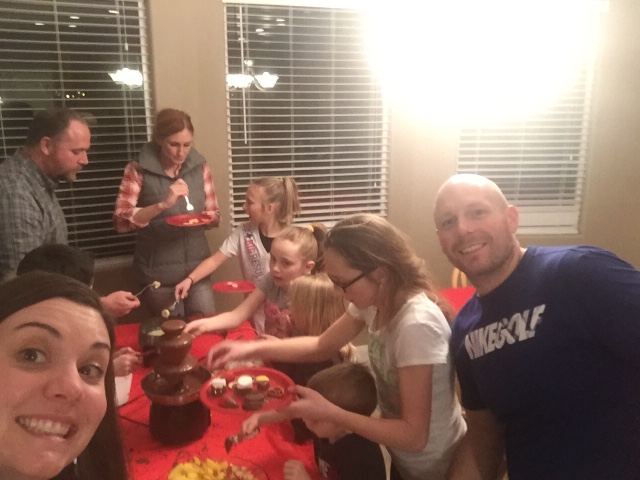 Christmas Eve brought one of our favorite family traditions, fondue with the Scrivners. This year we hosted it at our house and it was so much fun and so good!! I told everyone it was our reward for hiking through so many feet of snow, after all we burned at least a billion calories. 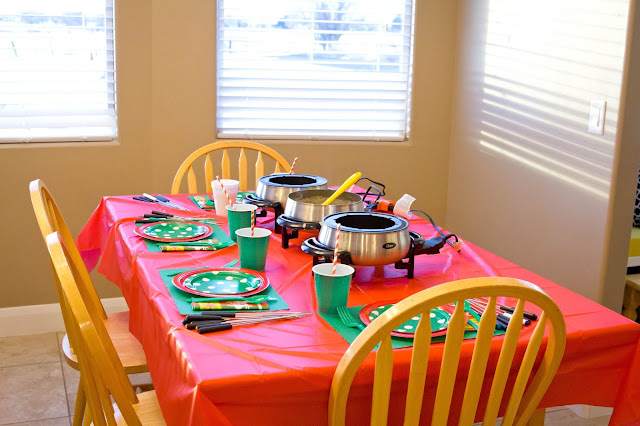 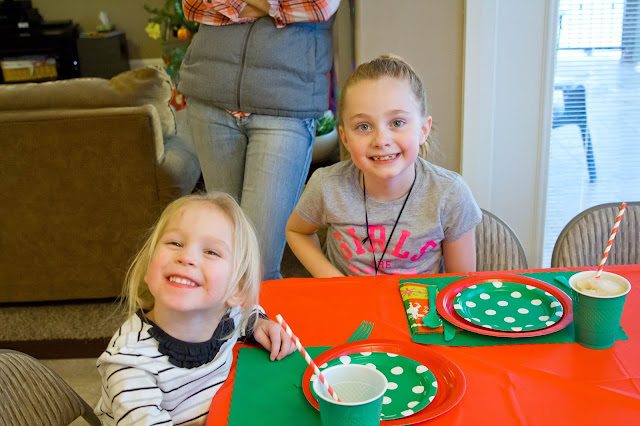 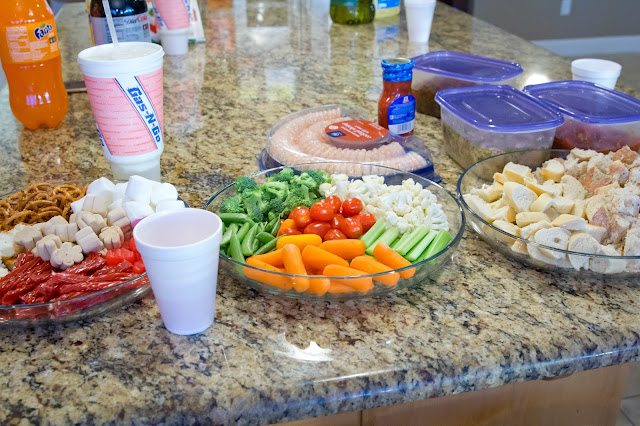 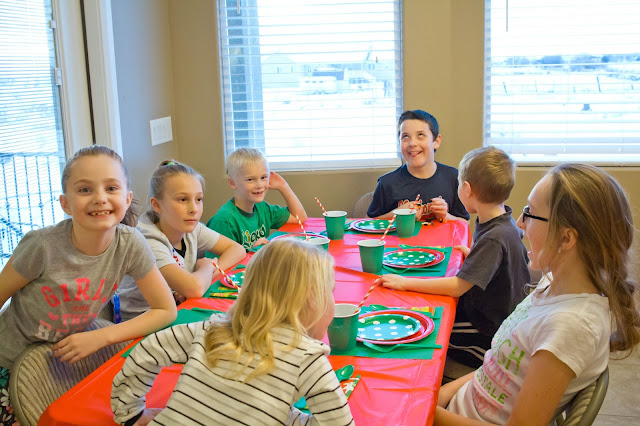 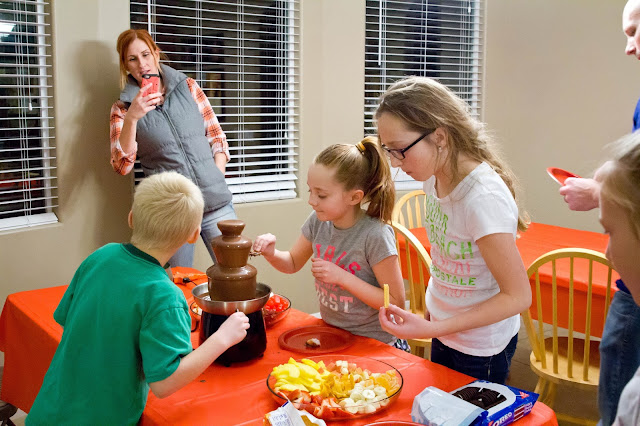 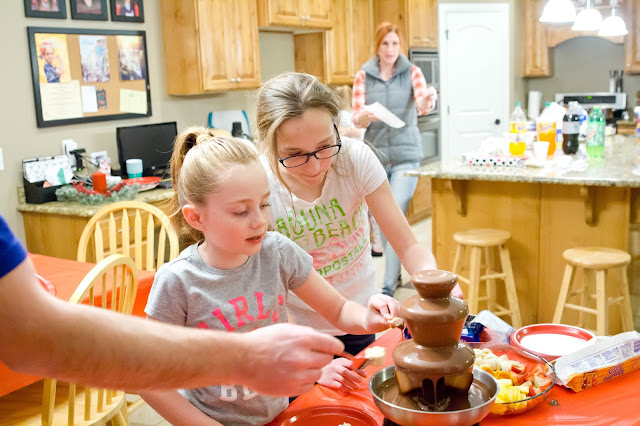 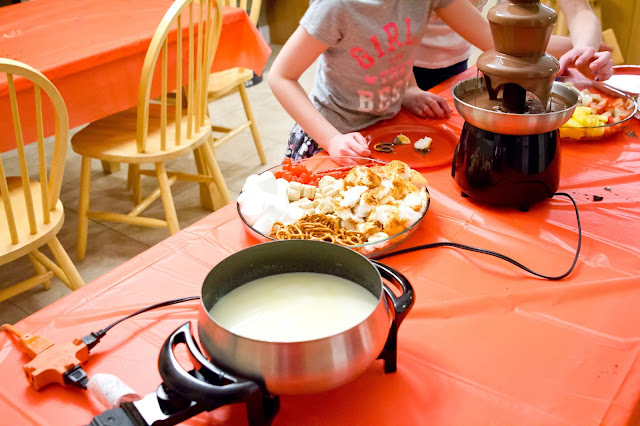 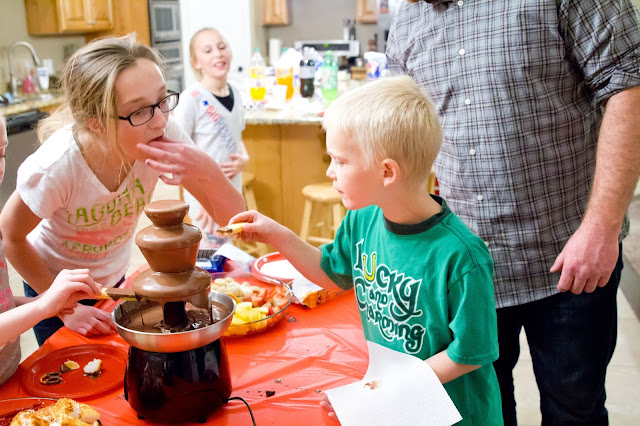 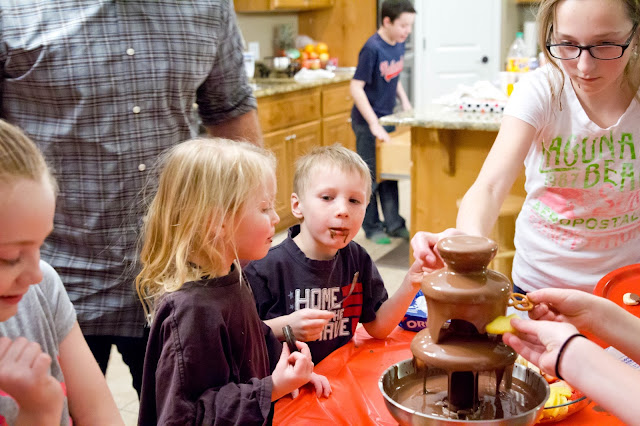 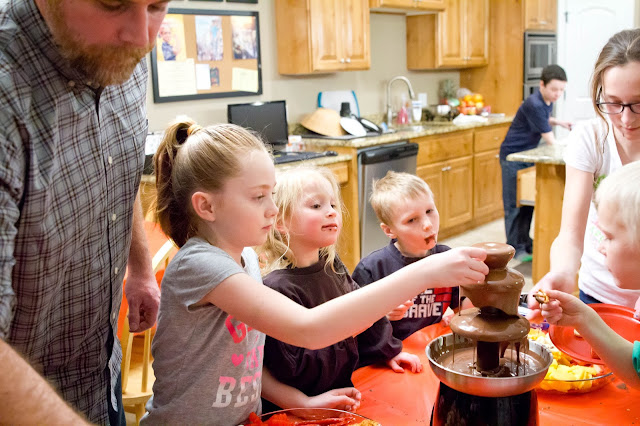 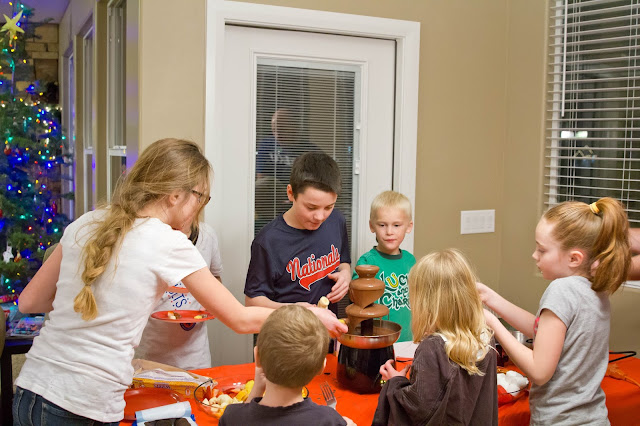 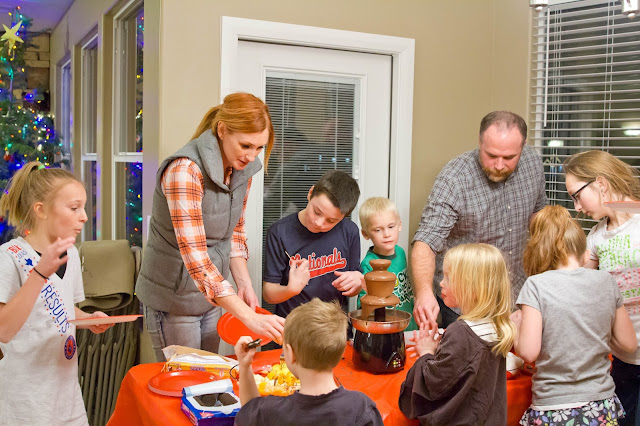 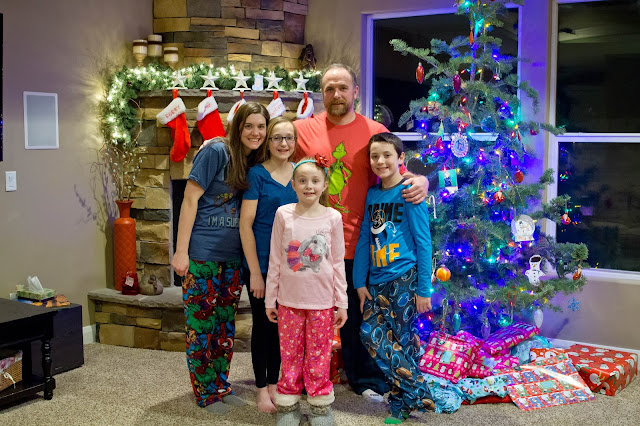 After we said goodbye to our favorite friends we exchanged our pajamas.

It was so much fun to see what everyone picked out for each other, this will definitely be a new tradition, but we learned some of us require more money than others, we will do better next year. When we were finished shopping I knew Samantha didn't have enough because she told me she could only buy pants so I gave her more money to buy a shirt. I had Rob so I could pay for the extra, but poor Hunter just did his best with what he had. He had found so many cute things for Samantha but it didn't fit in his $20 budget, and since we were keeping it a secret he didn't say anything. We knew Samantha was disappointed, but she was so very sweet to her brother. Thank you Christmas spirit!! 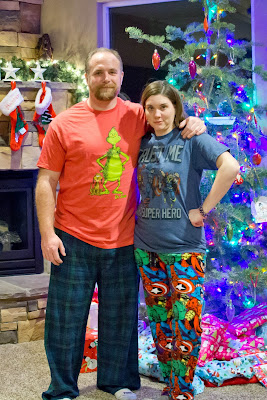 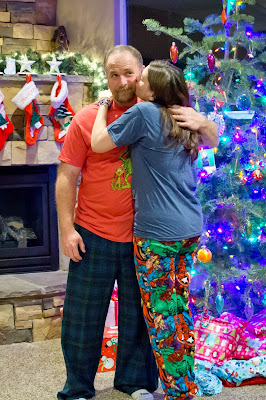 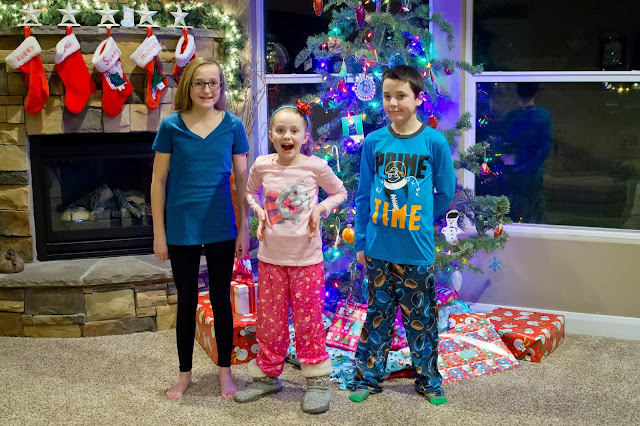 I had Rob, Rob had Hannah, Hannah had Hunter, Hunter had Samantha, and Samantha had me.

Hannah was so excited about the pajamas she picked out for her brother. She told me immediately who she had because she just couldn't keep it in and had a very hard time not letting everyone else know who she had.

We watched the animated version of the Grinch and then talked about what the true meaning of Christmas is before sending the kids to a sleepless night of sleep. 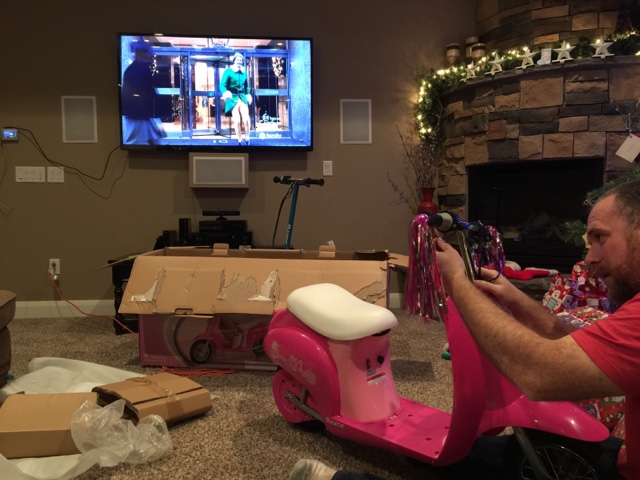 Rob and I turned on ABC Family and watched the end of Christmas Vacation and the majority of Elf while I set out all the presents, stuffed stockings, and he put together the kids big presents. 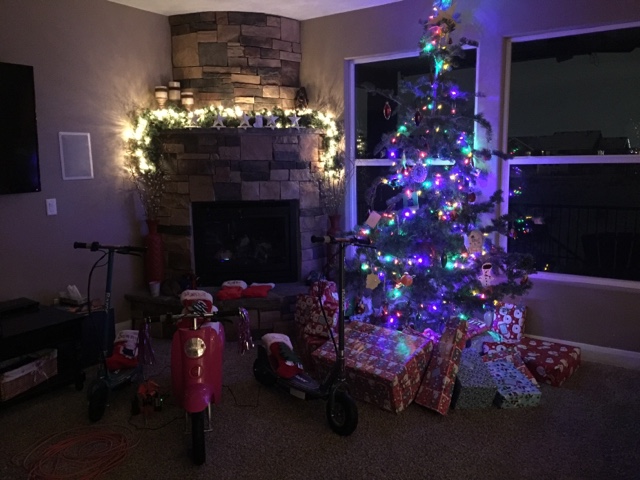 We made it to bed before midnight to get as much sleep as we could before the kids were up bright and early.
Posted by Jamie M. at 9:09 PM