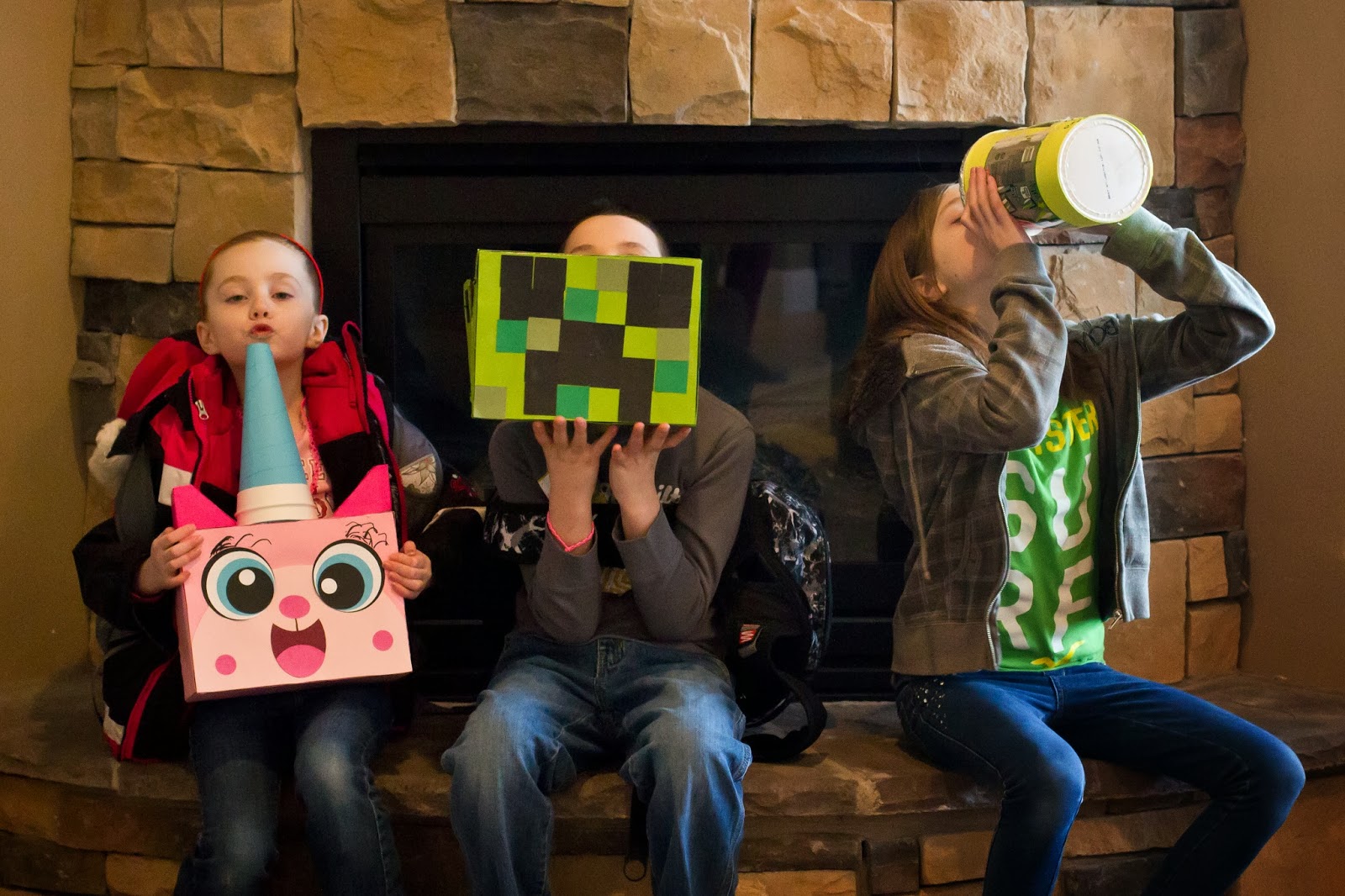 The night before Valentine's day Hannah asked me if I would be kissing Dad a lot tomorrow because it was Valentine's day, I told her of course I would be. My kids think it is so gross when we kiss, and we find it hilarious, so we try to kiss as much as possible when the kids are watching.

Because really we wouldn't be doing our job as a parents if we didn't.

Hunter told Rob he should ask me to be his Valentine because we are married so I have to say yes. But then he swooped in that morning and beat his Dad to the punch and asked if I would be his Valentine.

Of course I said yes.

Hannah asked her friend Jacob to be her Valentine at school. They were supposed to write Valentine's to someone they love so they wrote them to each other. I haven't read the one that Hannah wrote, but Jacob's was adorable. His Mom and I had a good laugh about the entire thing.

We have also been hard at work all week making beautiful store bought Valentine's for their classmates and elaborate boxes for their school parties. Samantha is in 5th grade and this is the first time we have had to make boxes and part of me wishes it was the last. But they turned out really cute and the kids were happy so it was worth the effort. 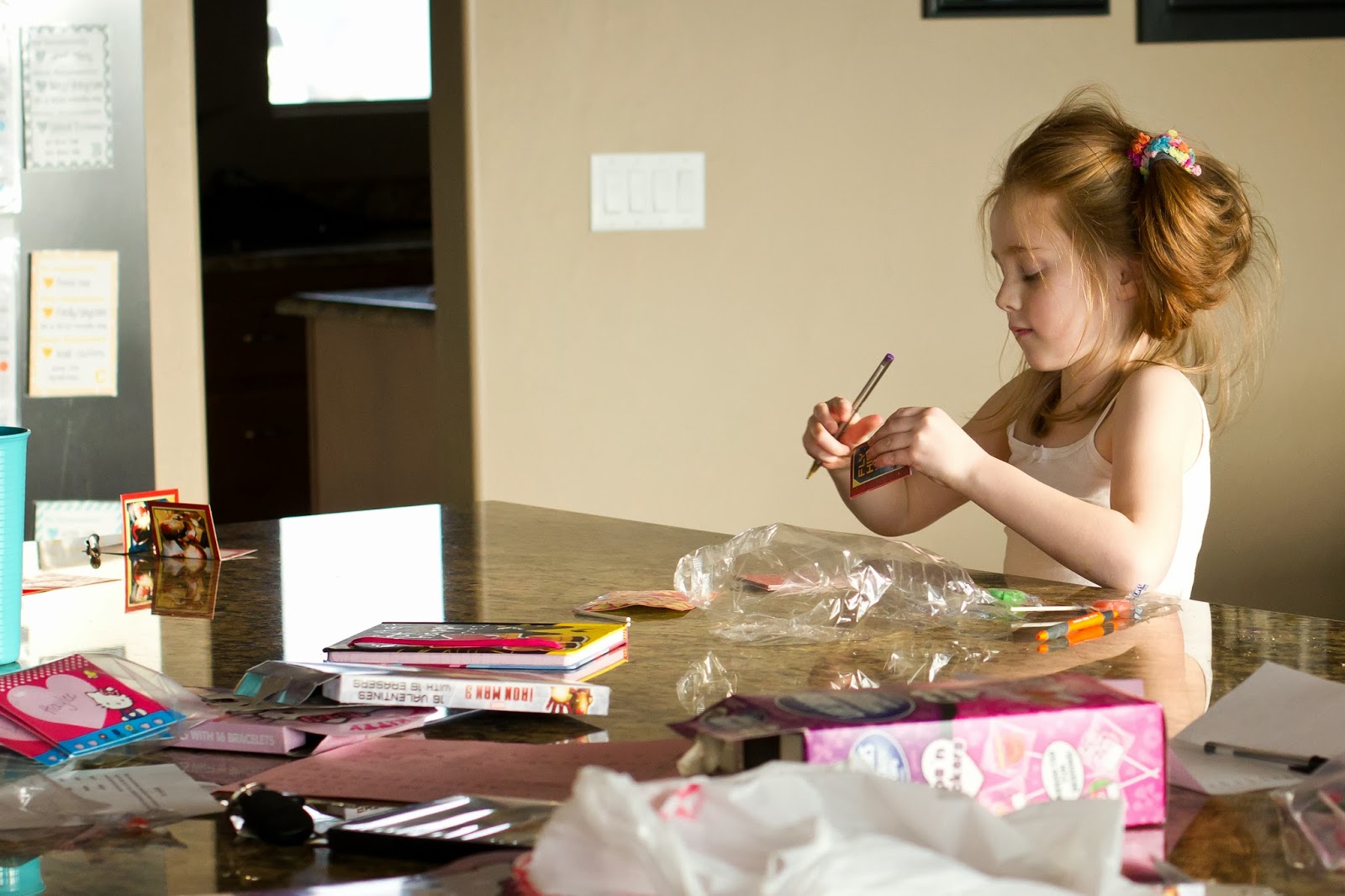 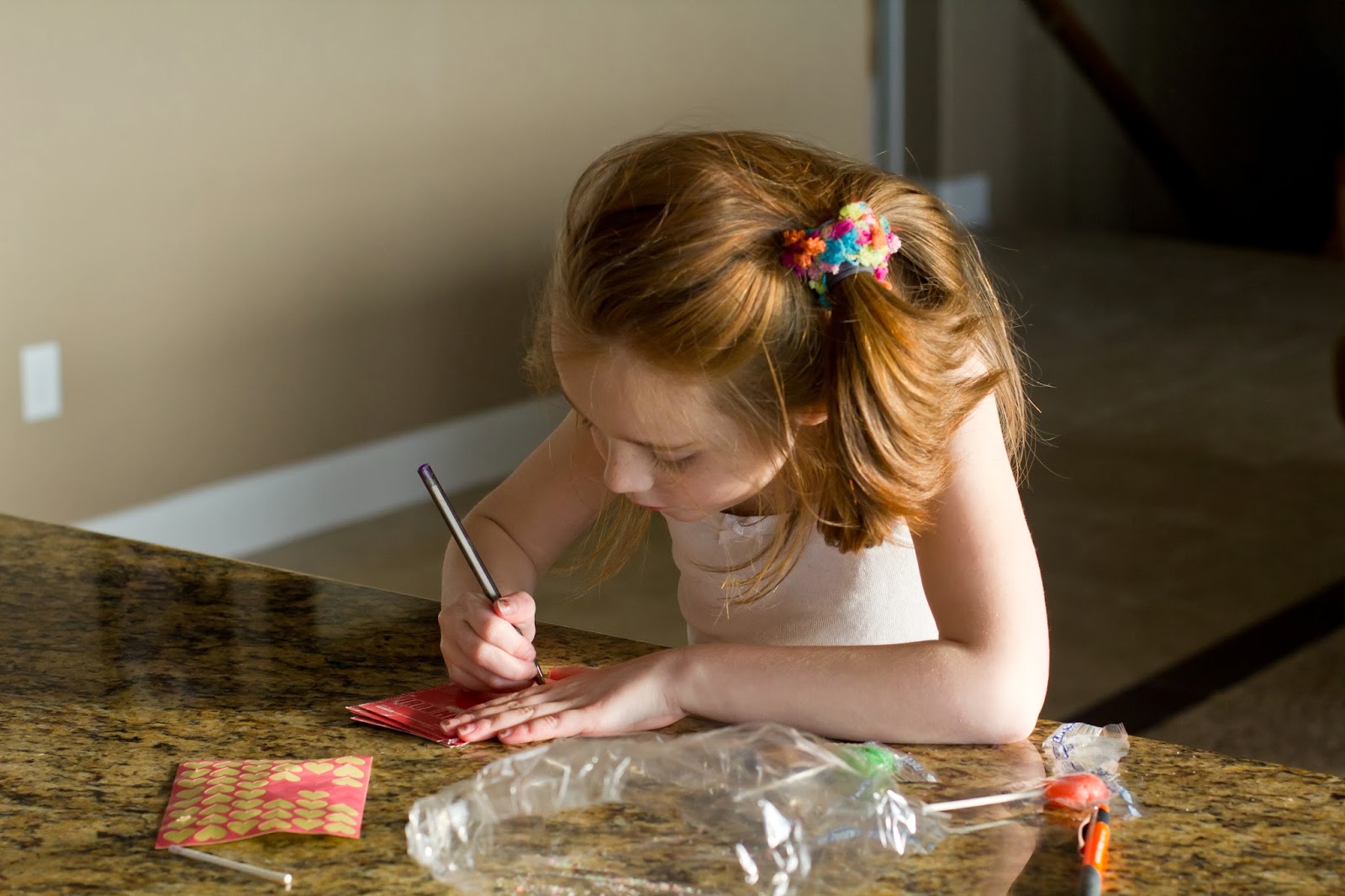 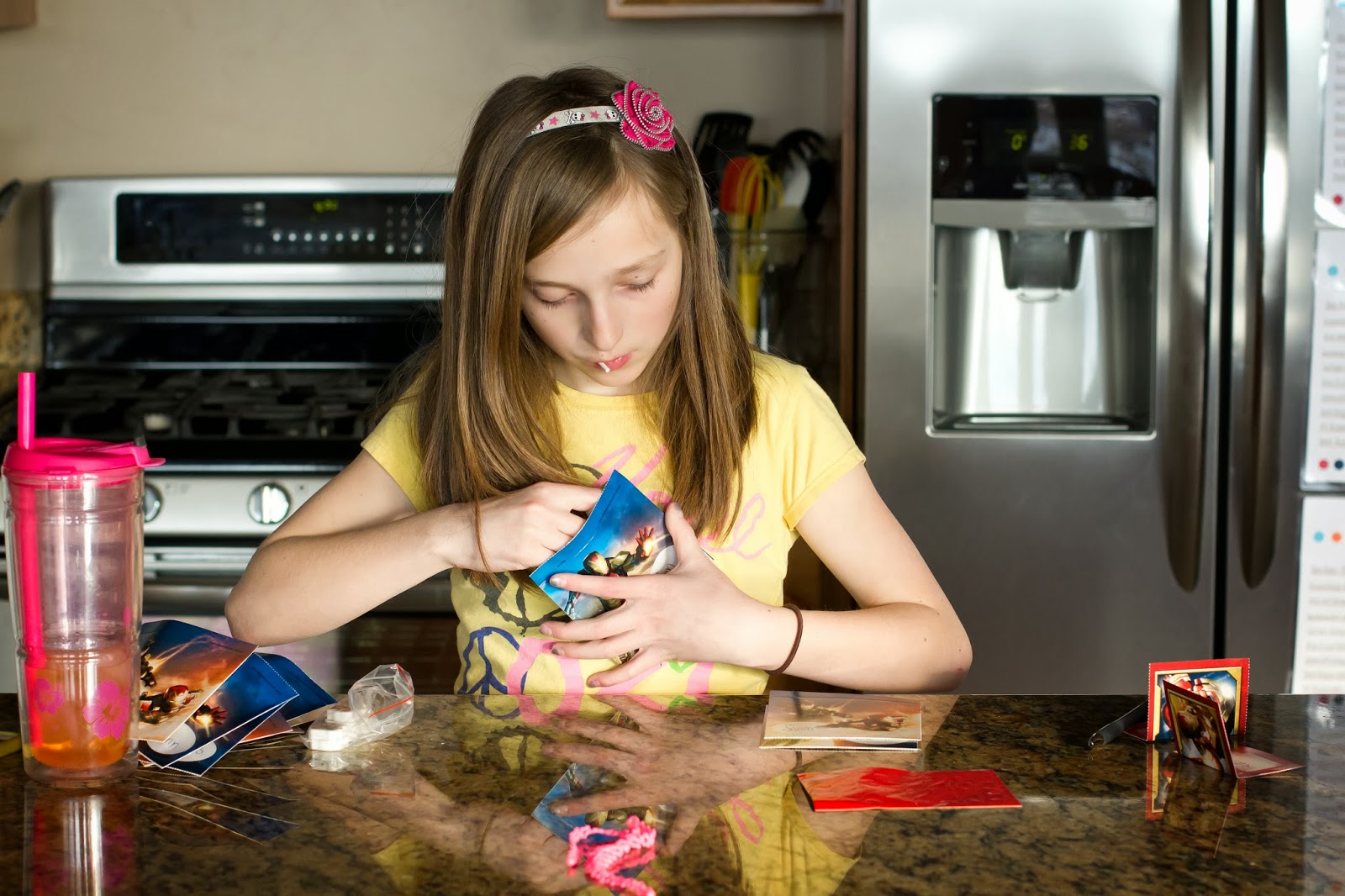 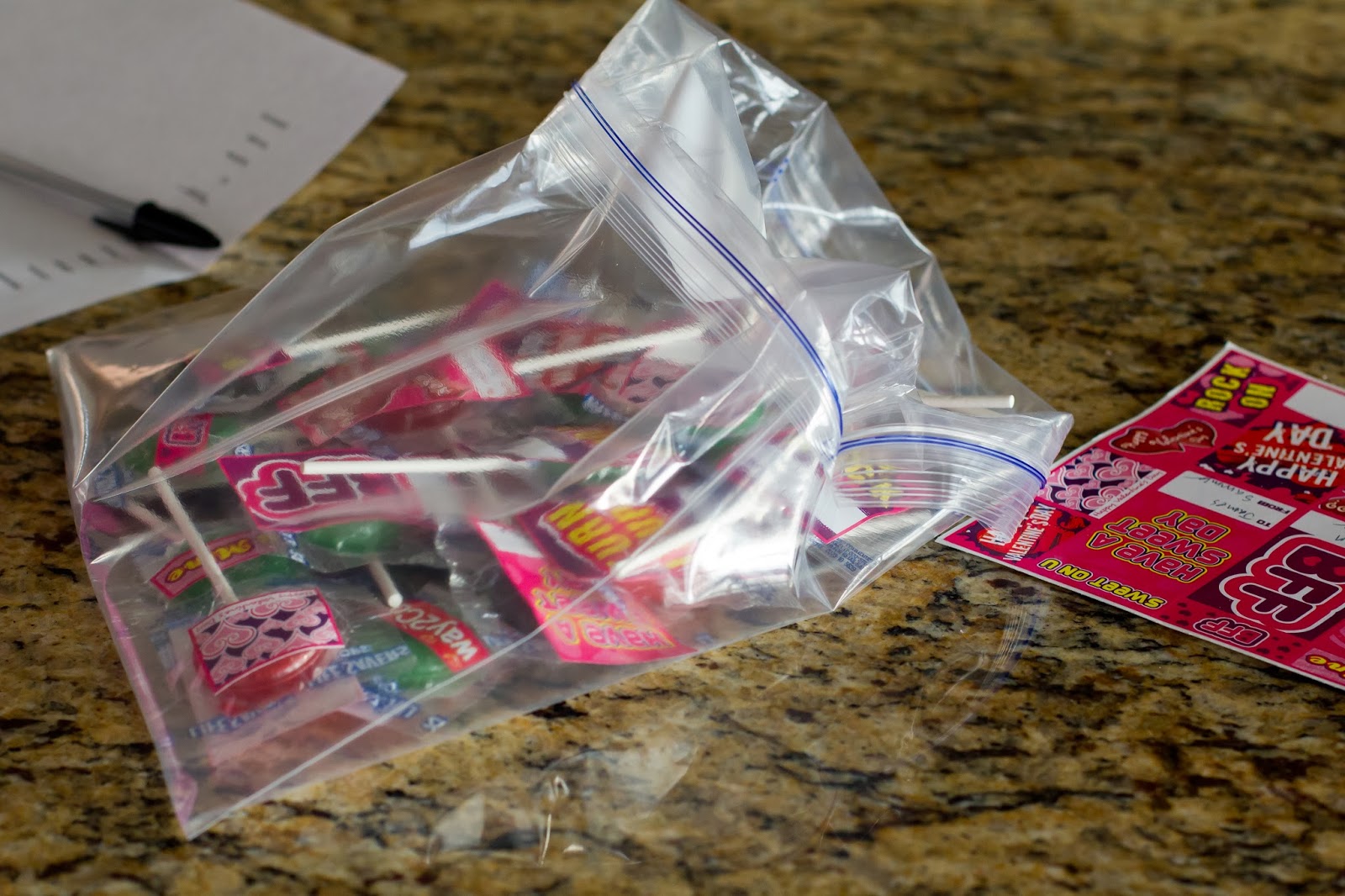 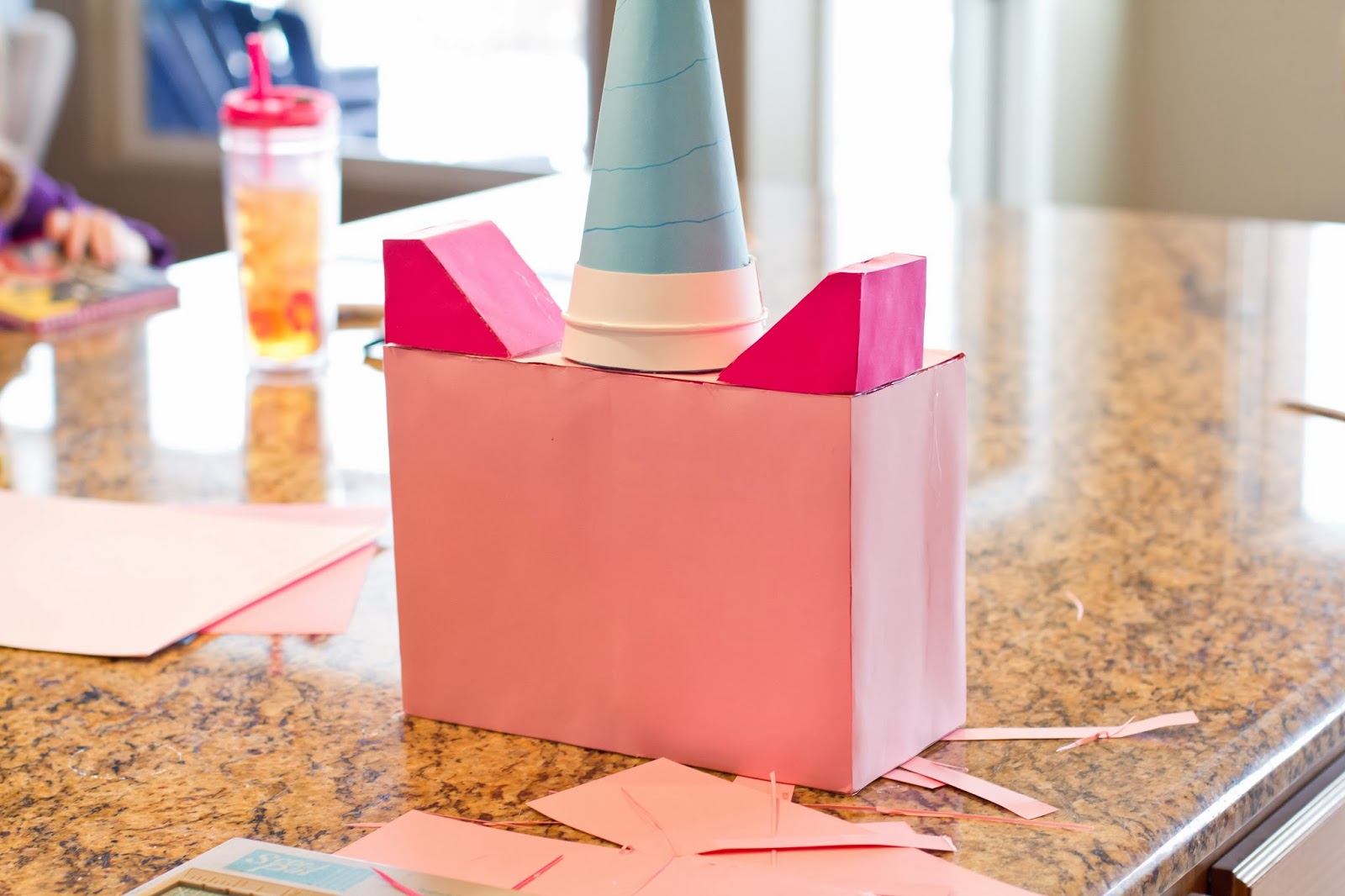 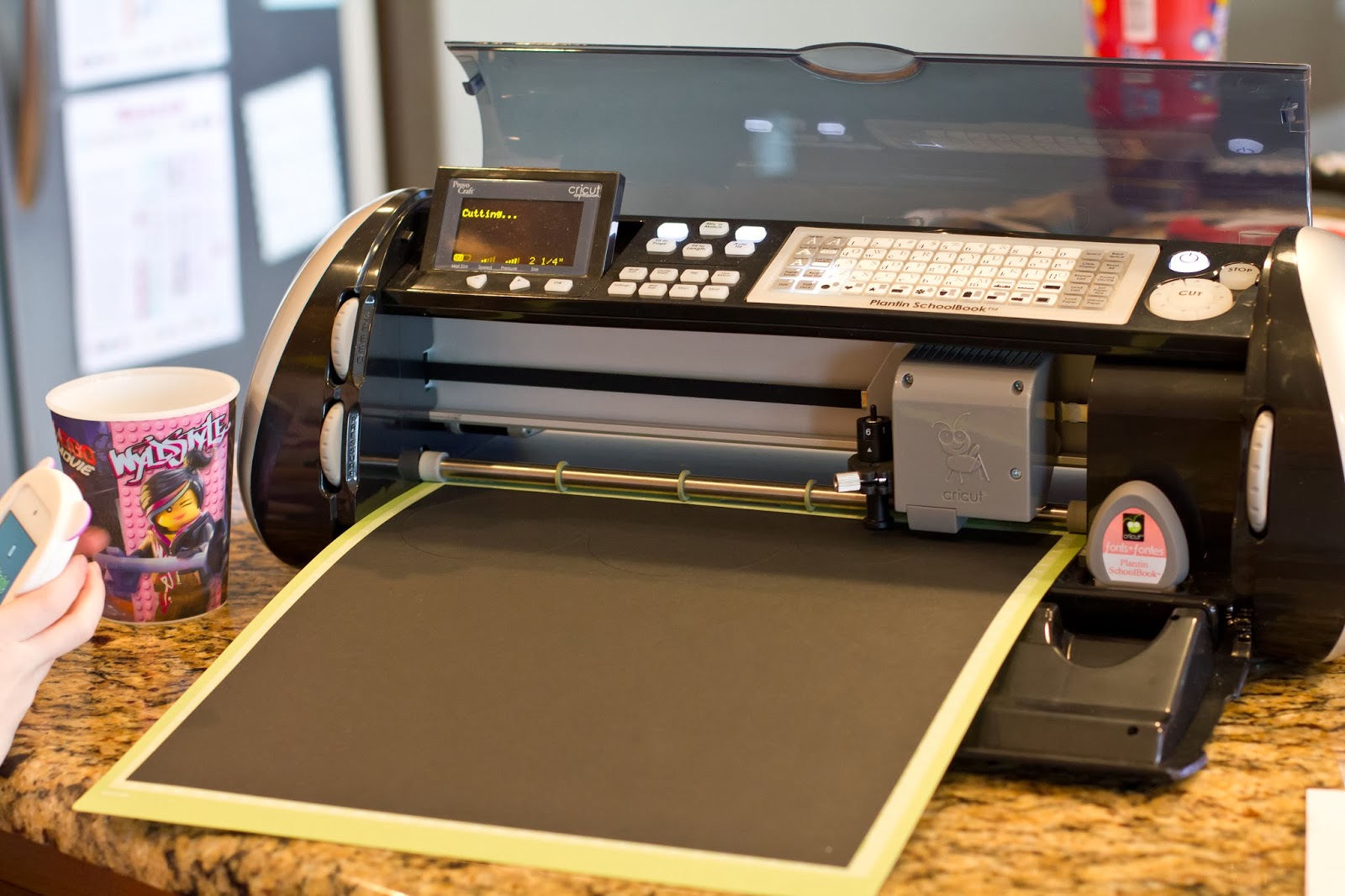 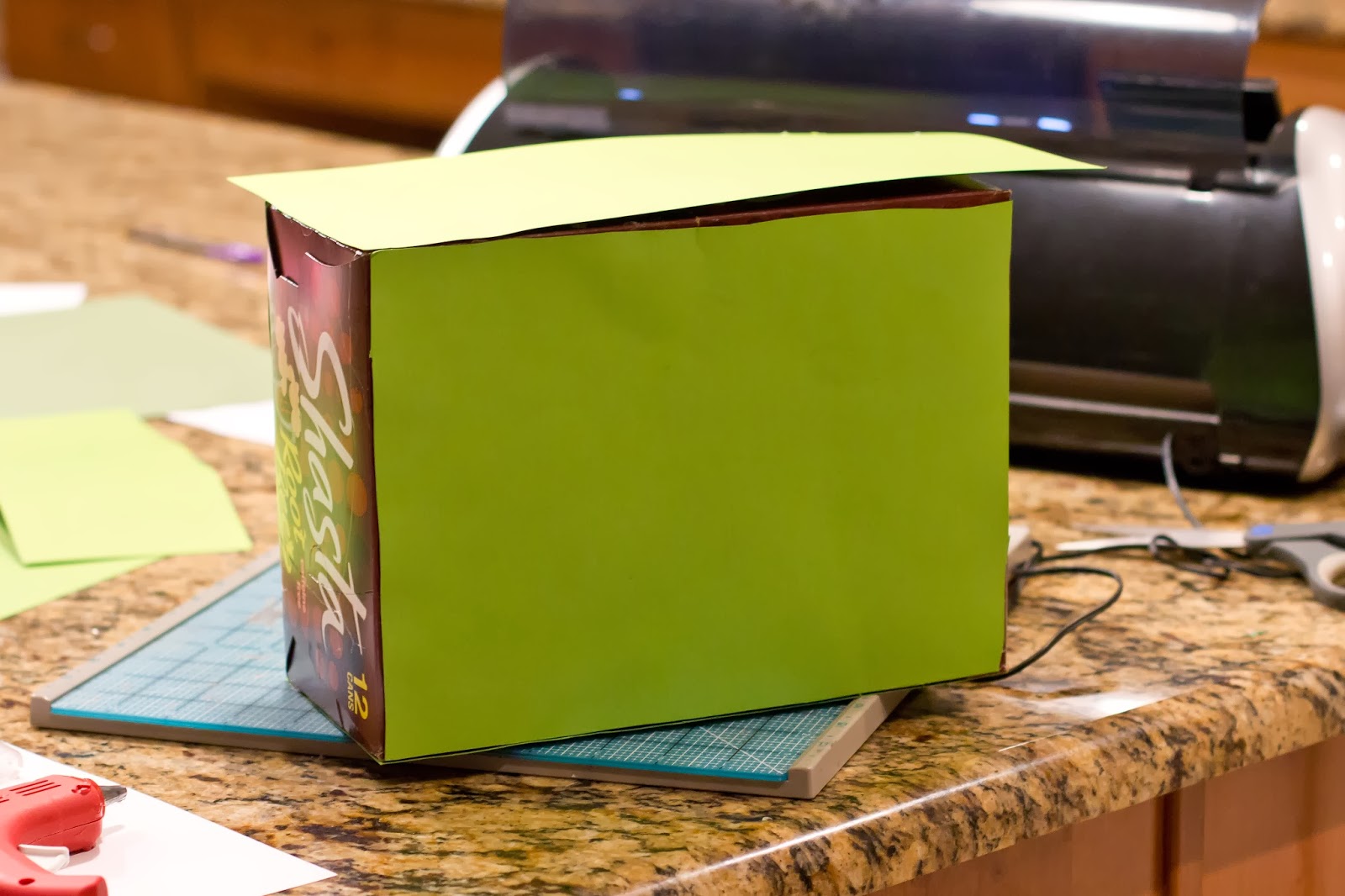 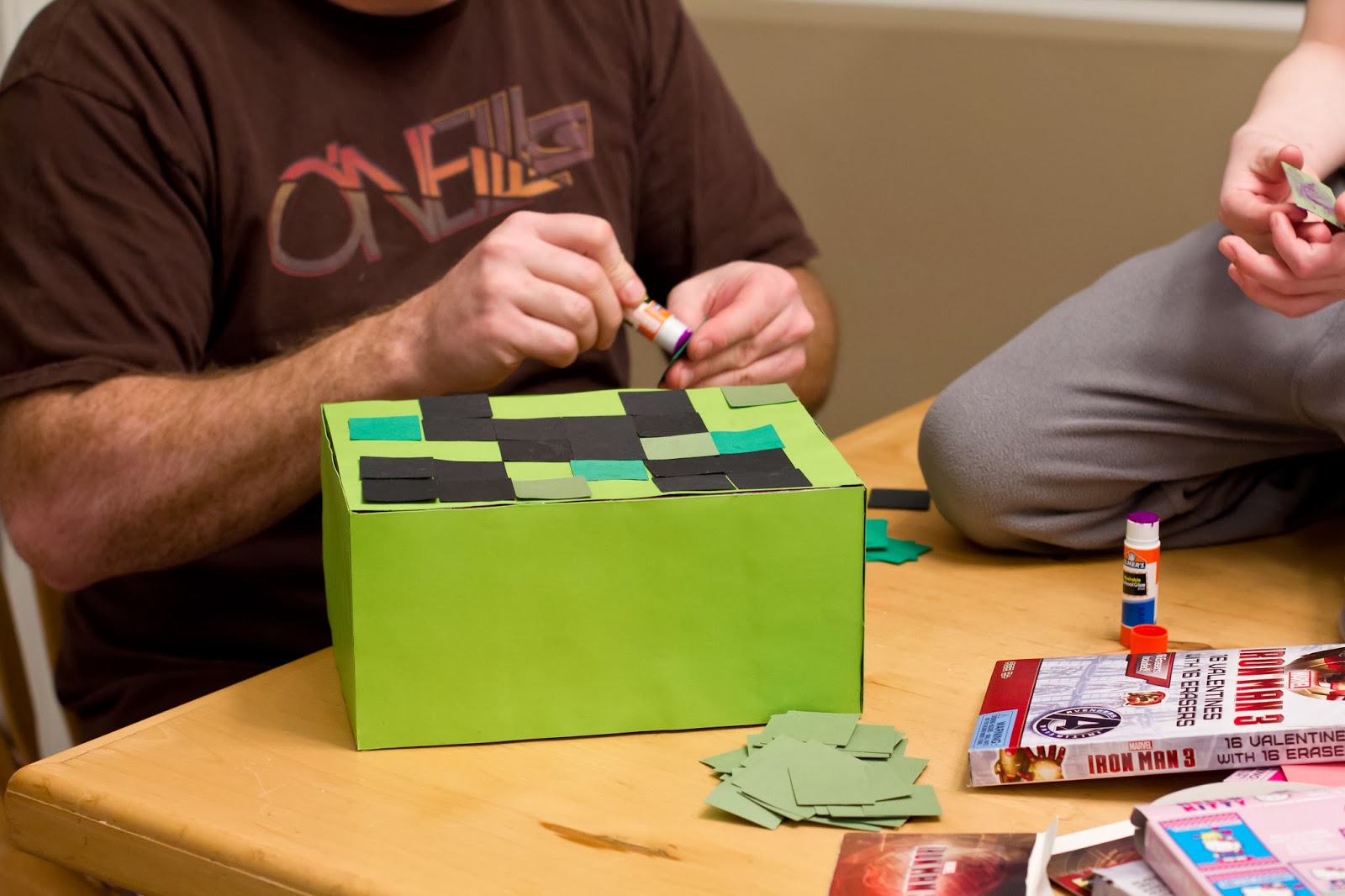 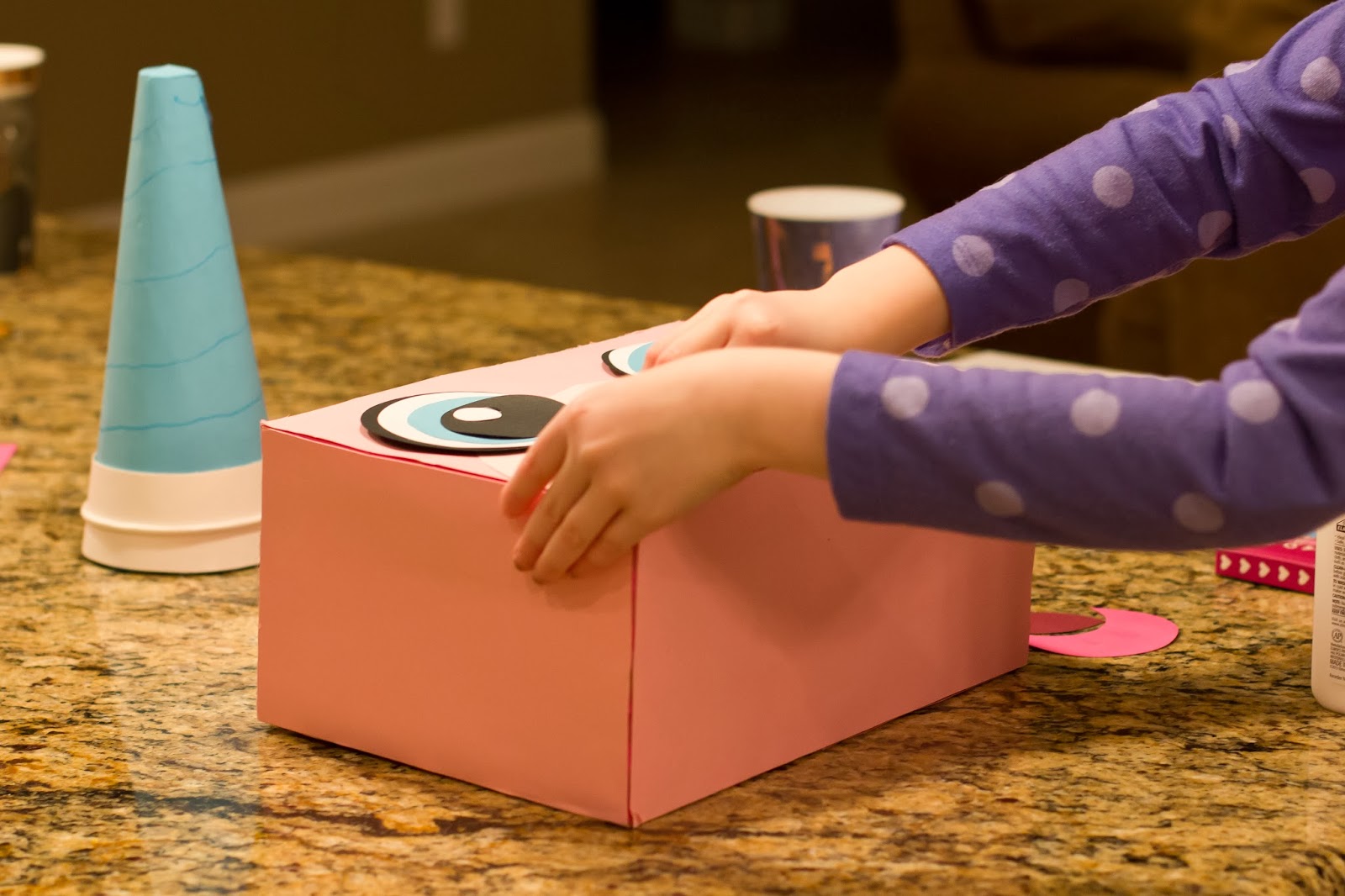 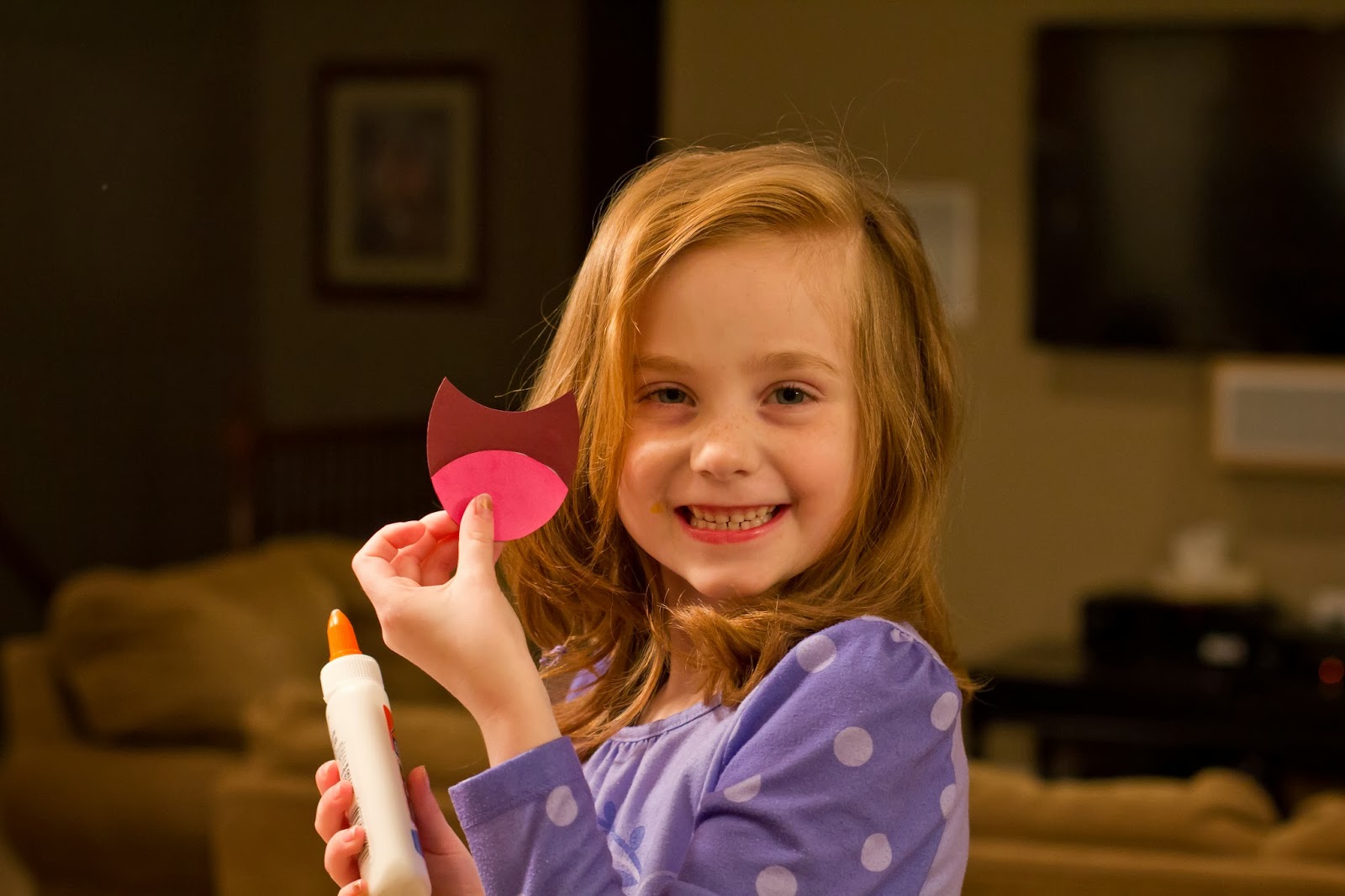 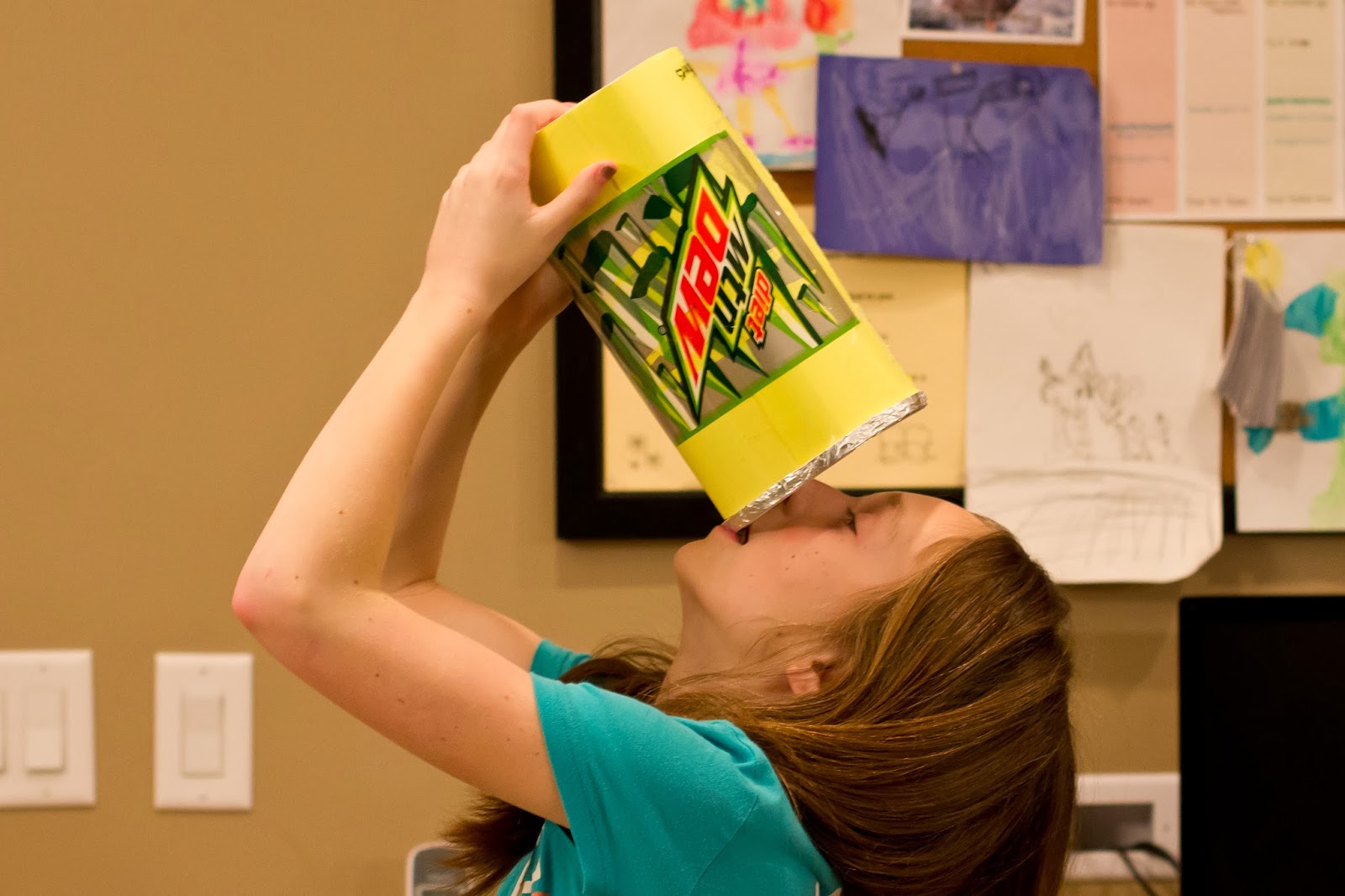 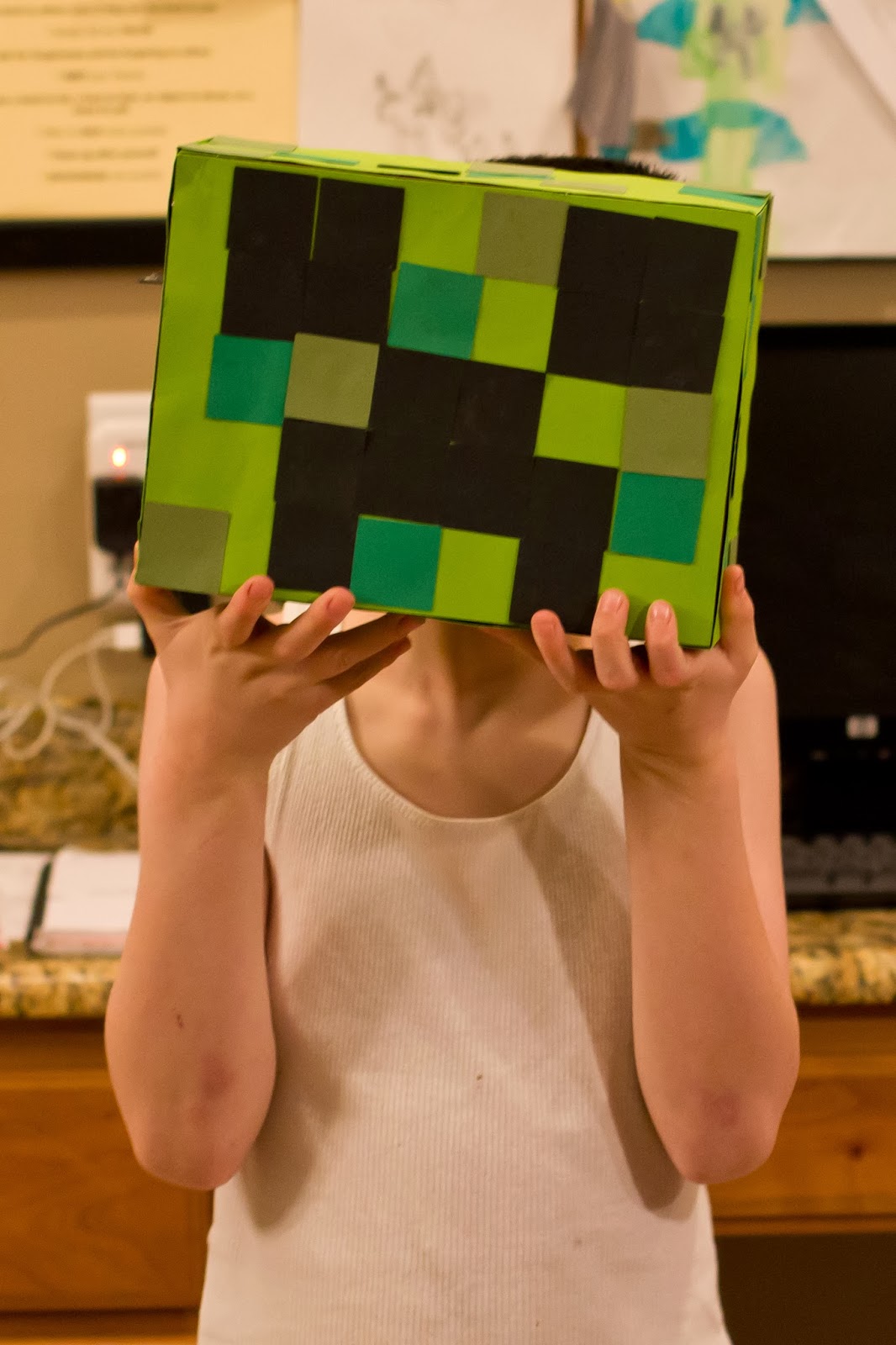 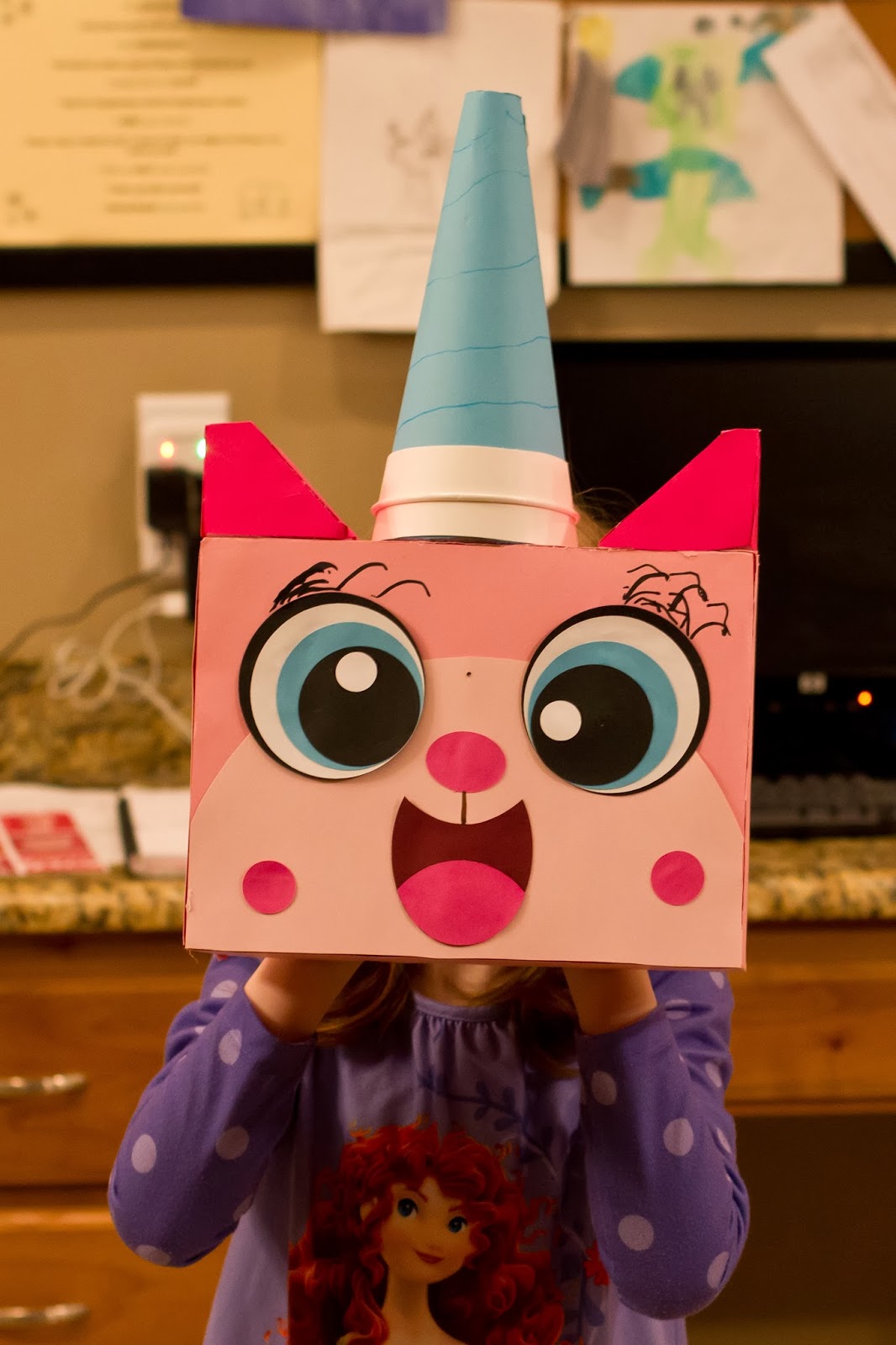 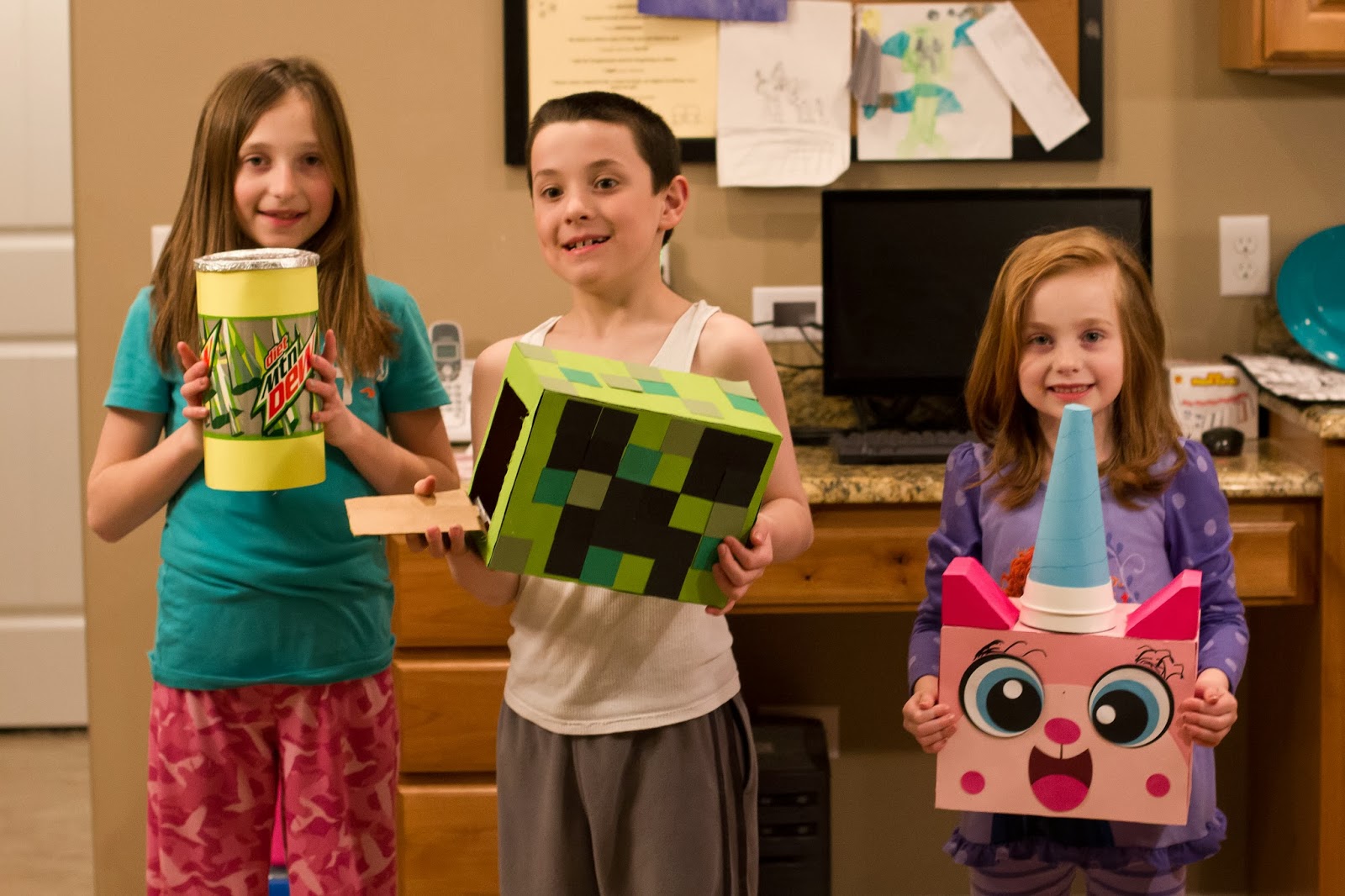 Rob and I had big plans for a romantic dinner but later changed our minds and decided on a night in with the kids. For dinner we made steak, twice baked potatoes, green beans, rolls, and chocolate fondue. It was delicious!! And then since it was Valentine's day I made them all sit down and watch a sappy chick flick of my choosing - Ever After. Those boys of mine sure do know how to whine and complain. 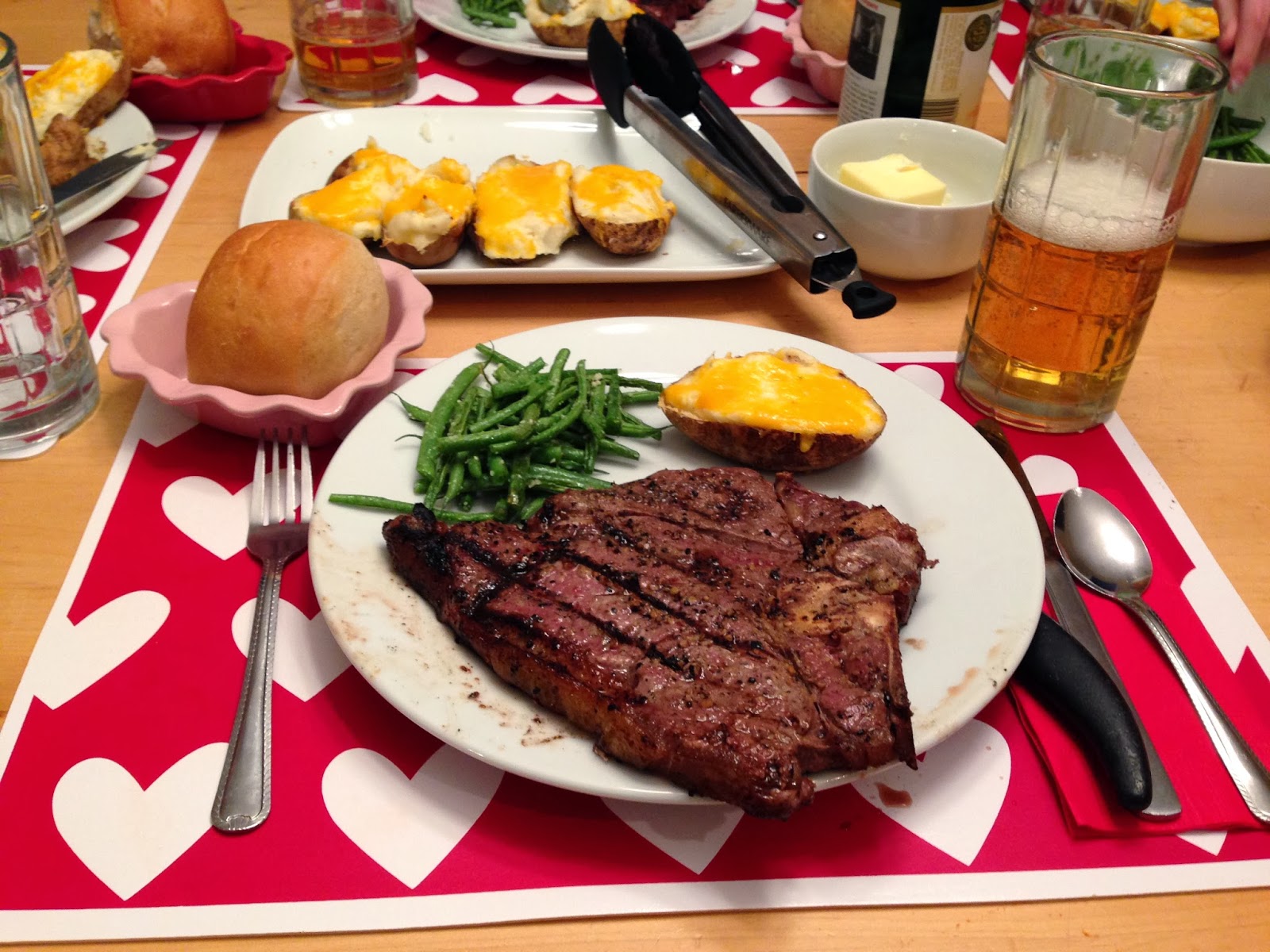 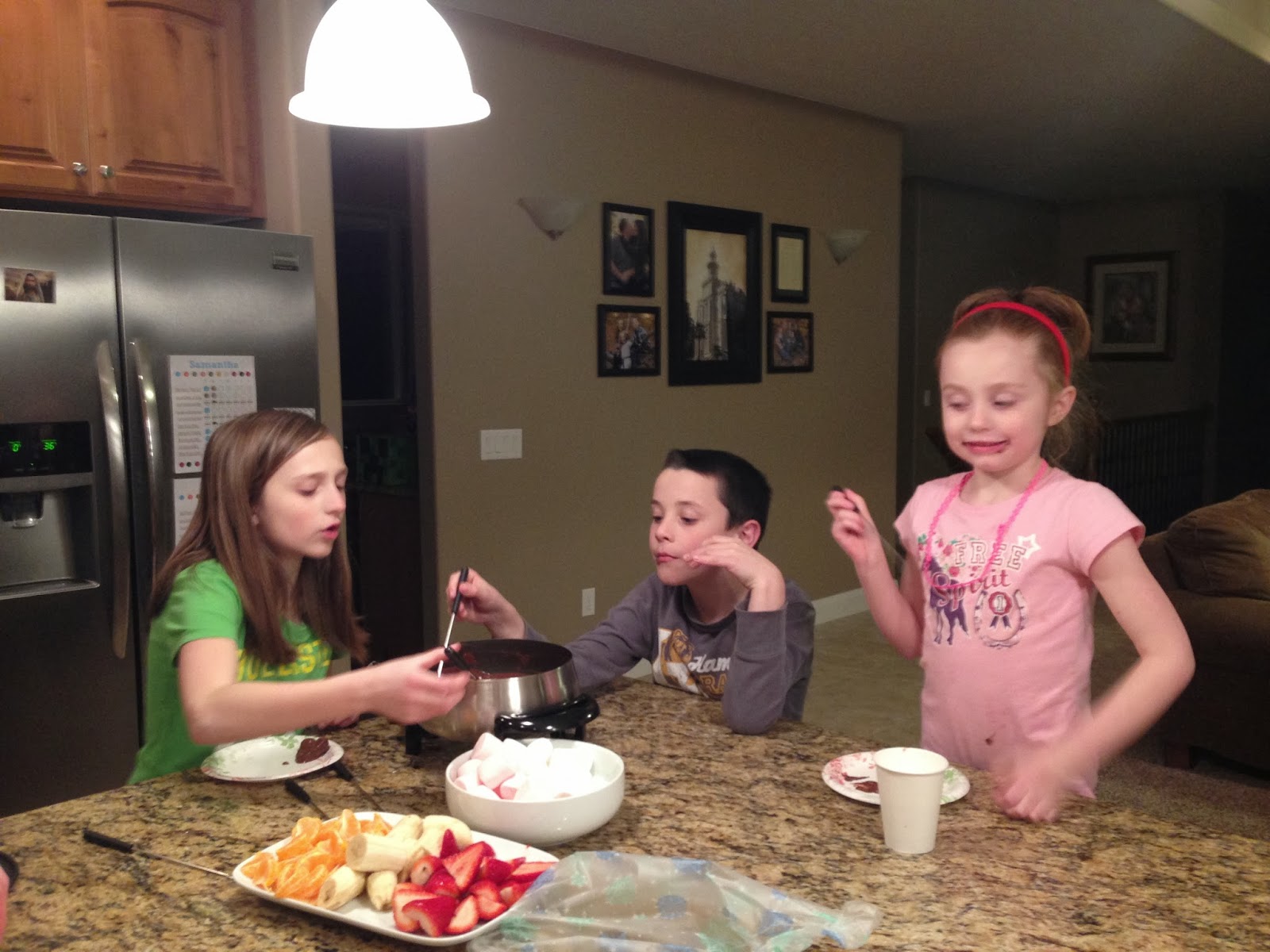 In the end it was a very fun day and I am thankful I was able to spend it with the four loves of my life.
Posted by Jamie M. at 9:07 AM