The Leak And Other Sunday Fun 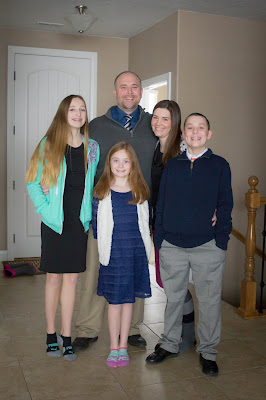 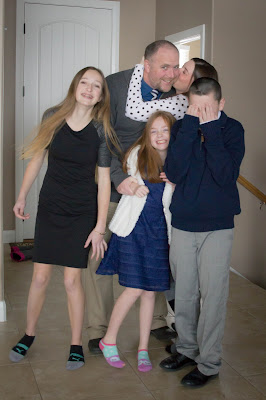 Last night our roof started leaking, ok that is not true, it started leaking a week ago, we just didn't figure out where the water was coming from until last night. On Monday I found the paint had pulled away from the wall and then settled back down, we pulled it off and the sheet rock was wet, but we could not find a source. So we watched and nothing happened until last night. 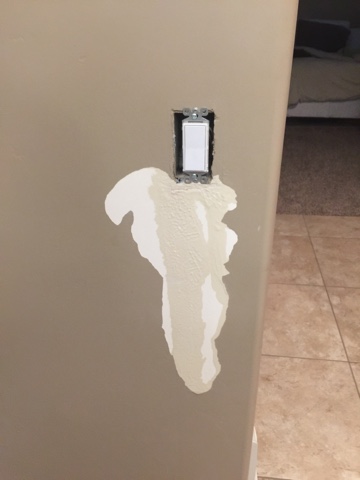 Rob was heading to bed, I was already snug and asleep, when he found the water. He crawled up in the attic and found it leaking through the roof. The problem, it is on the back side of our house and that portion of the roof is over 30 feet in the air. He woke me up as he was getting ready to head outside and try to get up to the roof. I tried to convince him that the ladder was not tall enough, but he needed to try for himself, only to fine it was short. 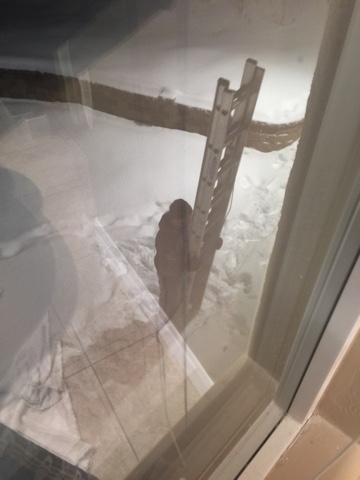 At 12:30 am there is not much you can do, he wanted to try to put the ladder in the bucket of the tractor, so I hid his keys to keep him from attempting such a stupid idea. I told him that God must have put women on the earth to keep men alive. I promised to find him a scripture but I haven't yet, so if you find one let me know.

I convinced him to put something under the drip and call the insurance company to find out what our deductible would be and go from there. After finding out we were covered we decided to step back and let the insurance cover it, so now I wait and watch. All of the water has frozen again and the leak has stopped but we don't know for how long.

A three year old house should not be having a problem with the roof.

But, I had planned on starting my dining room project during winter break but never got around to it, today I am grateful because it would have been ruined!!

Rob and I finally got to bed around 3 am, I shut off my 6:30 alarm clock and tried to settle in for some sleep, we finally got up at 8:15 and we have both been exhausted today. 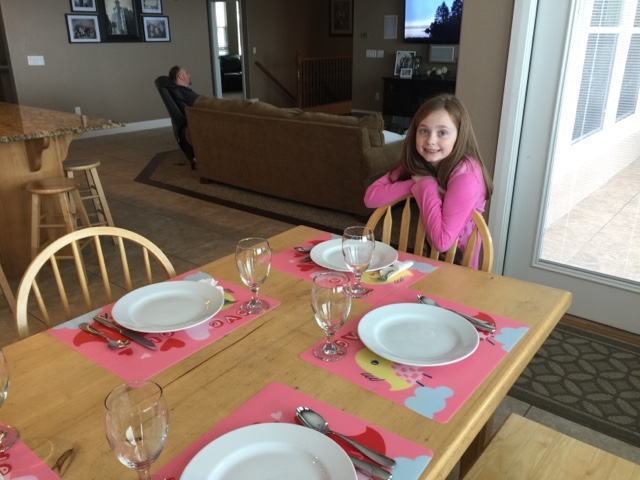 After church we hurried to get dinner done, Hannah set the table without asking. When I told her thank you and that it really meant a lot for her to do it without asking. She told me she was just doing what Sister Bird asked that they find something nice to do for their family. I am so grateful for good leaders at church!! 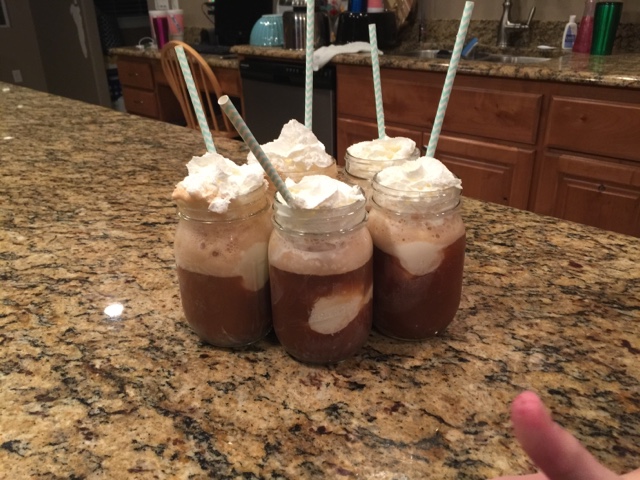 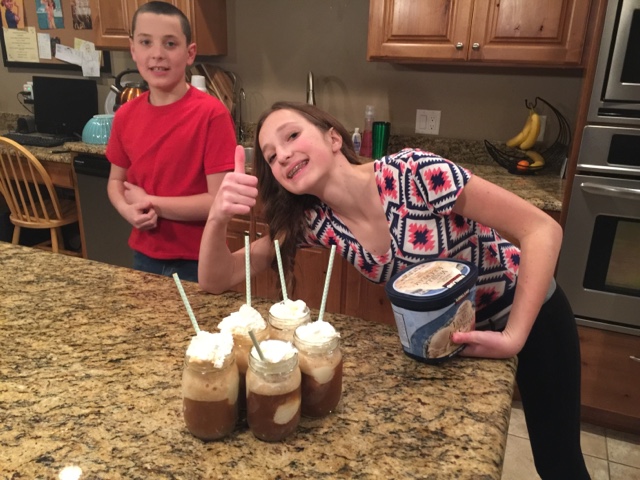 Samantha also made us dessert, something easy and tasty as she put it. I am grateful these kids stepped up to help today!! 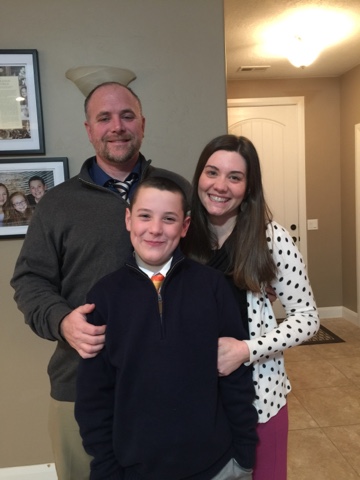 Tonight was a big milestone for Hunter, well the preview of a milestone. Tonight we attended Priesthood Preview at the Bishop's house. We got to discuss what it means to hold the priesthood and some of the things he could expect when he turns 12 and becomes a Deacon in July. I am still finding this little fact a bit strange to wrap my head around. 12 is when they start transforming from kids to adults right before your eyes in a few years!!

It was a great meeting followed by some delicious cupcakes. I only mention the cupcakes because my sweet boy made sure to bring some home for his sisters. I love that sweet caring boy of mine that is always thinking of others!!

So here we are starting a new week. I am hoping a good nights sleep will make that prospect seem a little less daunting. I think I can, I think I can..........
Posted by Jamie M. at 7:58 PM