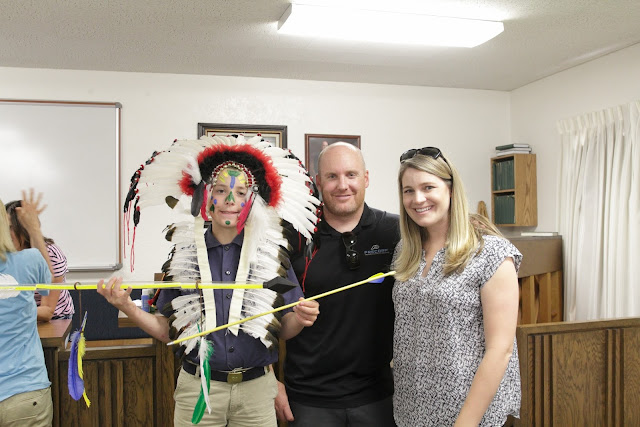 Hunter has been very lucky to have the world's greatest Webelos leaders. They have worked very hard and are the only reason he completed the Webelos program and earned his Arrow of Light. We had to do a couple things on our own, but Joriel and Aaron planned fun activities each week to make sure he completed everything. When it came time for him to give me the pin I semi-jokingly said that he should be pinning this on Joriel. Seriously they are the best and we are going to miss them as his leaders.

Joriel and Aaron planned a very fun ceremony, I was laughing because they had to majorly tone down their original idea that may have involved Hunter shooting a flaming arrow to start a fire. We were all disappointed the Bishop wouldn't approve it. 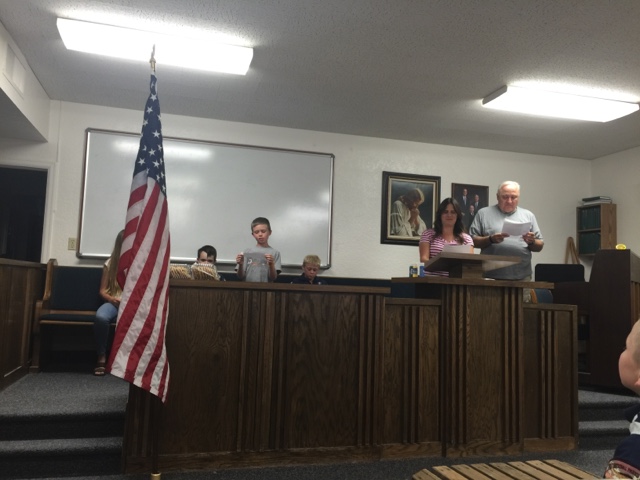 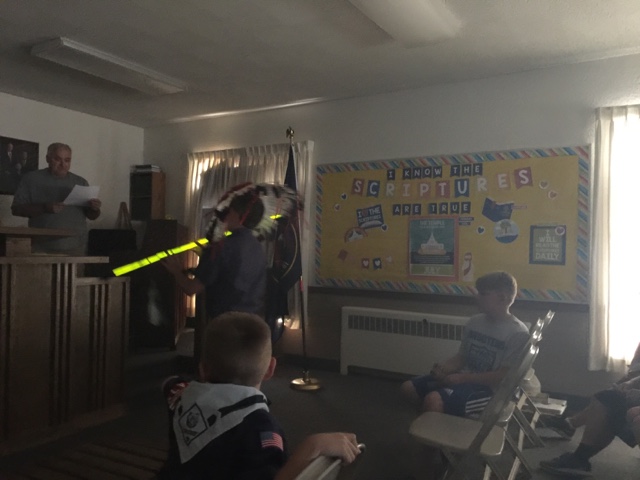 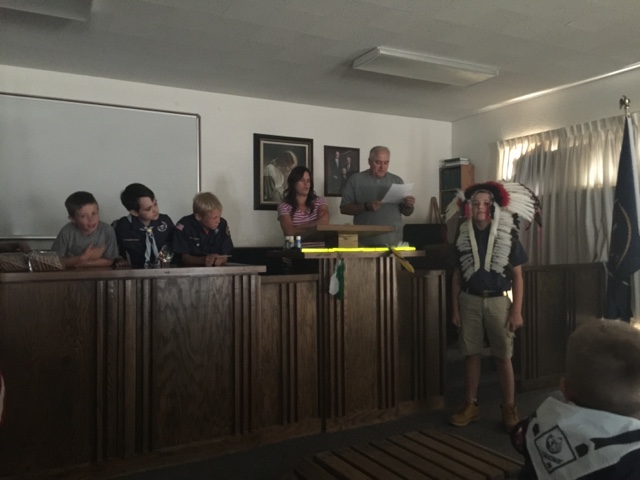 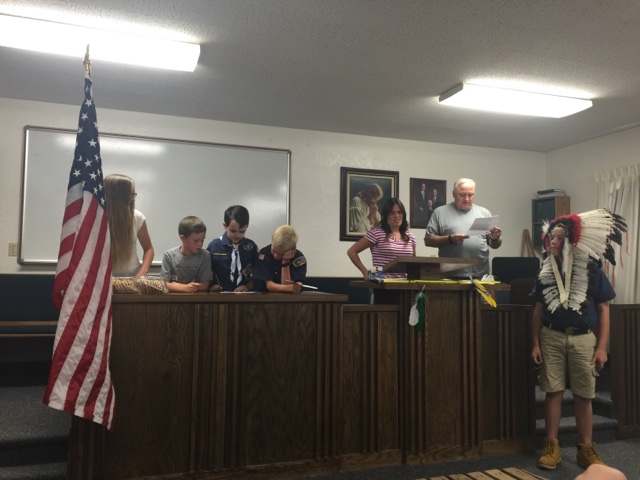 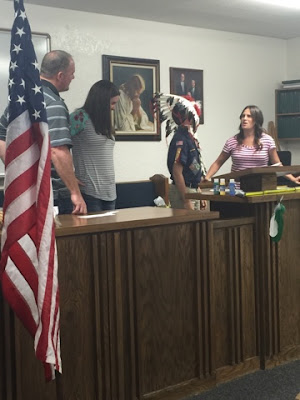 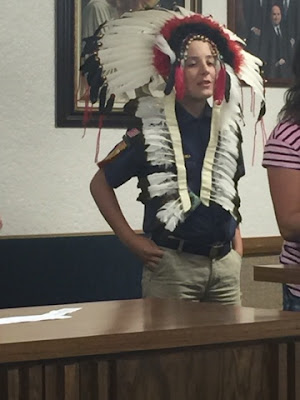 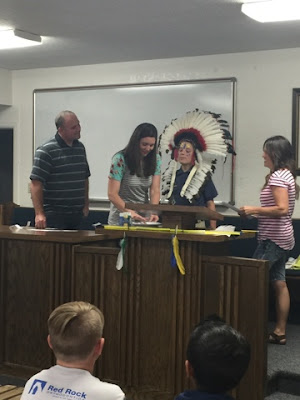 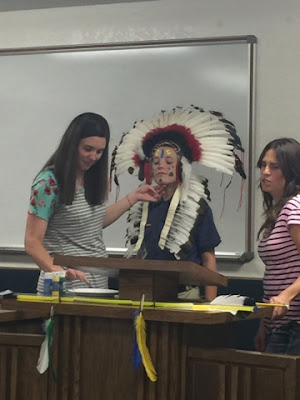 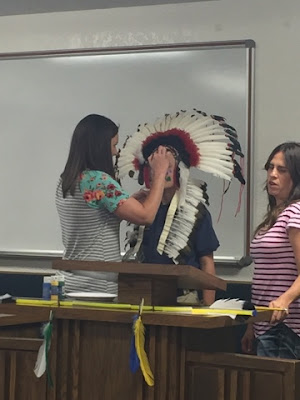 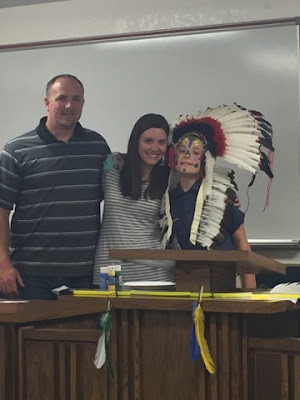 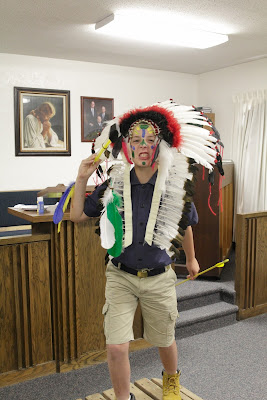 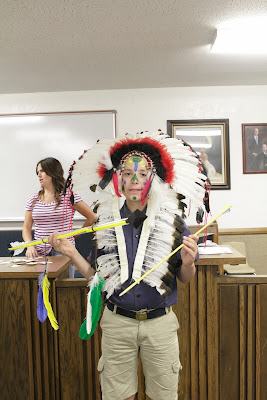 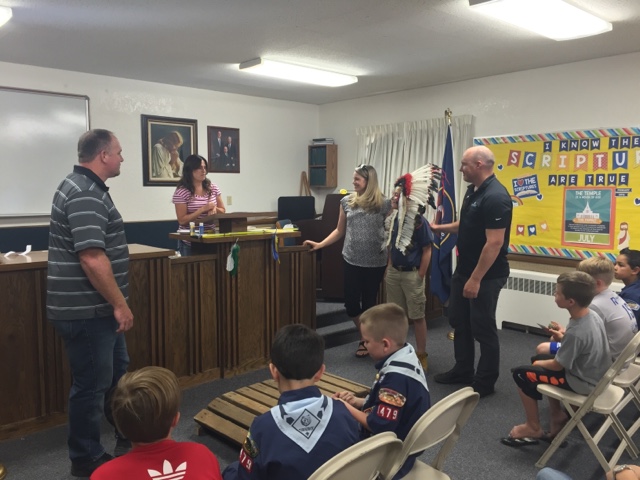 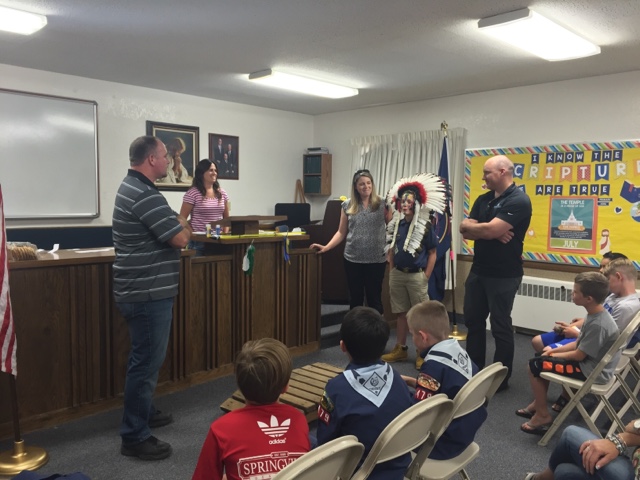 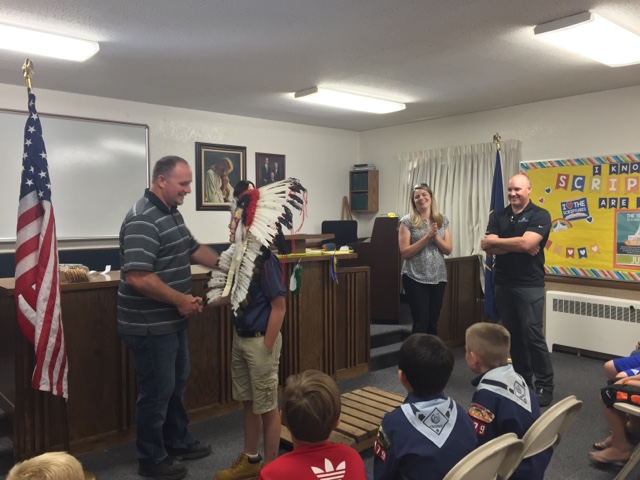 Rob is the 11 year old scout leader so he was able to officially welcome Hunter into the Boy Scout program. It will be a fun year for these two!! 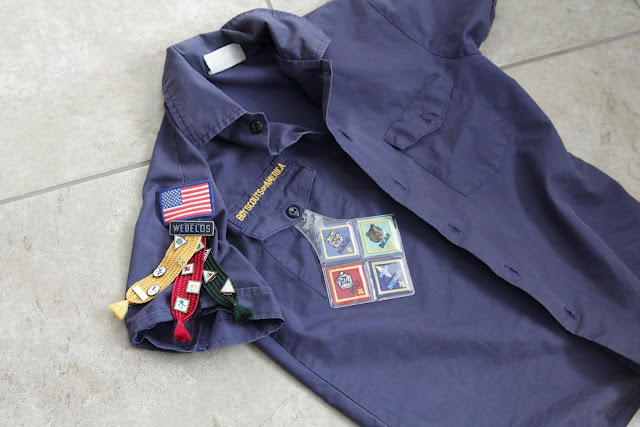 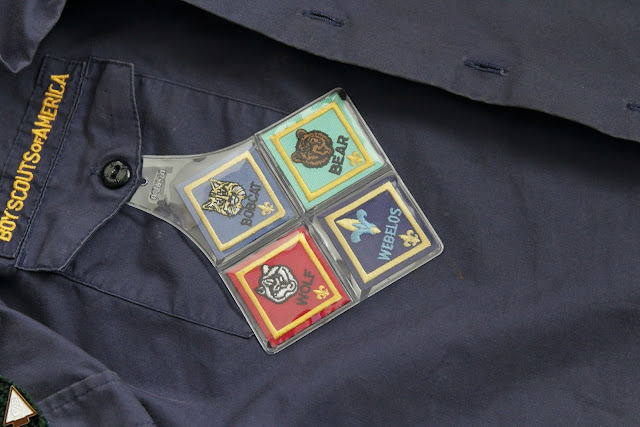 Hunter's shirt is all finished and ready to be packed up in his box, well as finished as it was ever going to be. Maybe I will be better about getting everything on his scout shirt, but really we shouldn't count on it.
Posted by Jamie M. at 7:39 PM