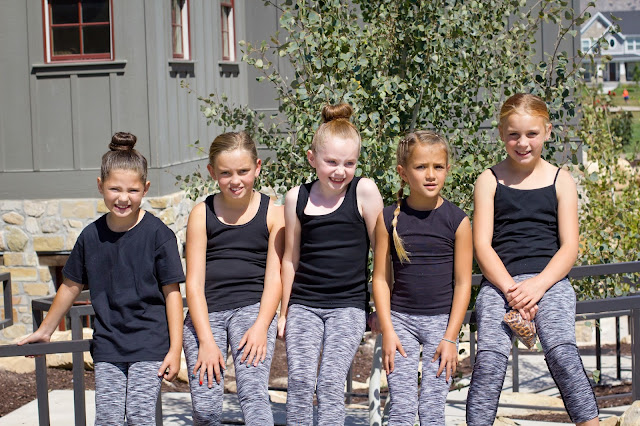 Hannah is on a competition dance team this year, we went back and forth whether or not she should do competition, and in the end decided it would be good for her to do something hard. So far she has loved it. She was so frustrated last year that there were girls in her class who goofed off and they couldn't learn as much because the teacher was constantly having to get after them. She is now in classes with girls who want to be there as much as she does and classes are full of dancing.

Her dance instructor wanted them to participate in a team building exercise so we spent a Saturday at the CLASS ropes course in Provo.

It was very challenging, and required a lot of working together. There were moments where I wanted to jump in, the other Mom that was with me felt the same way, it was hard to sit back and watch them struggle to figure things out. But it was also fun to watch them have moments when they really came together as a team and worked together. 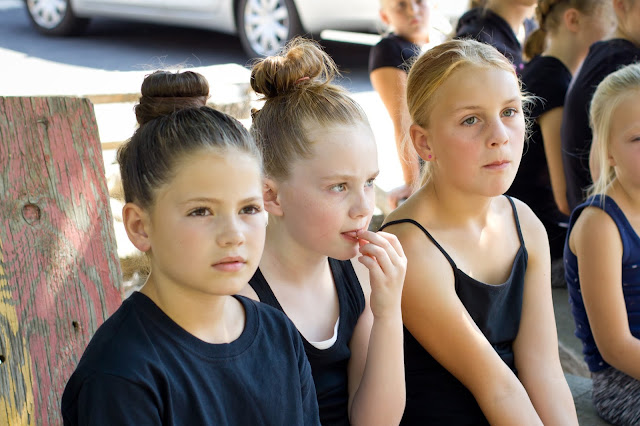 Sizing up the ropes course and wondering what they were getting themselves into. 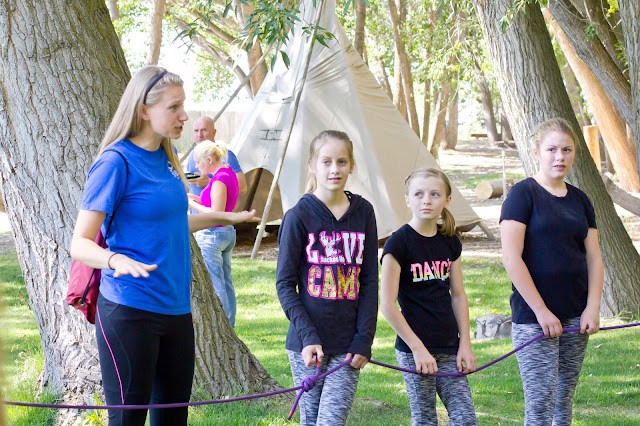 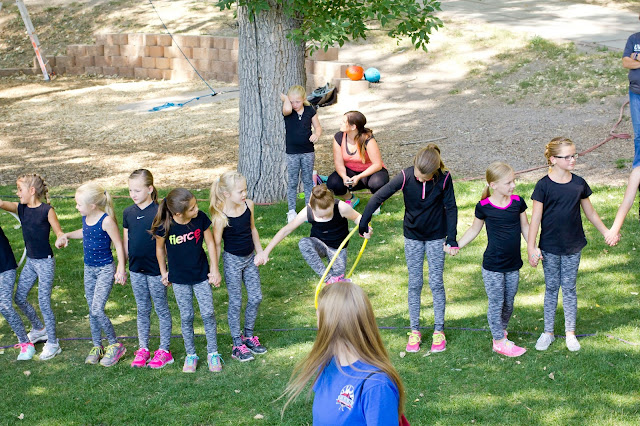 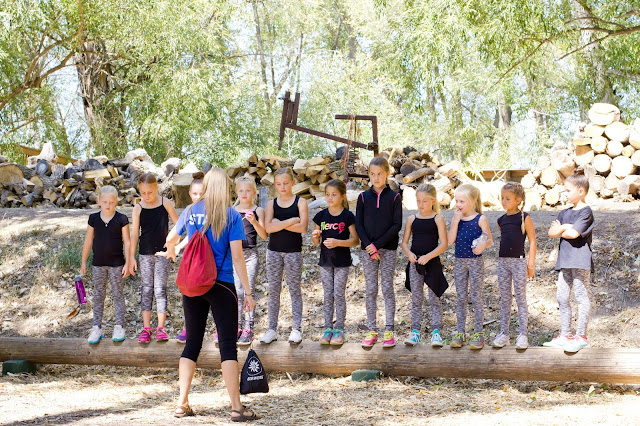 The girls had to put themselves in alphabetical order without touching the ground that was lava. They were very giggly and a couple were not taking it very seriously, most of them wanted to accomplish the task, but it was hard when they were not all working together. Eventually they did get it all sorted out. 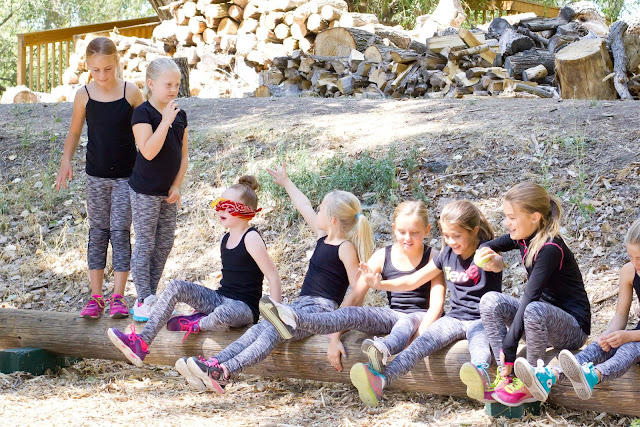 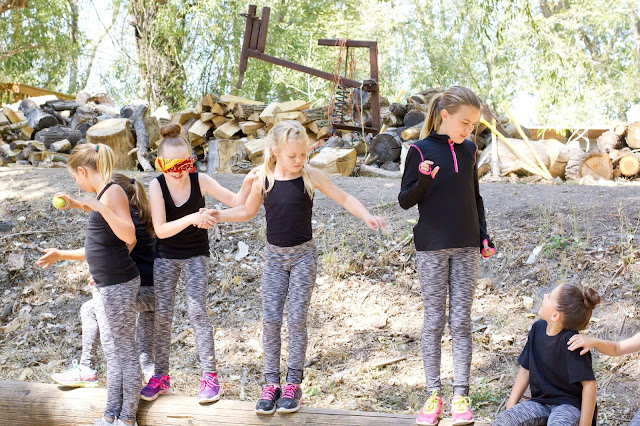 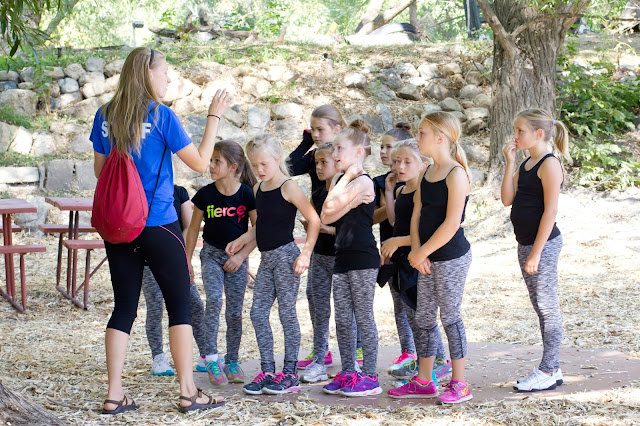 The next task was to get the rope out of the center without leaving the platform, the group before hinted they needed to use their shoes, bu the girls had to figure it out on their own. Again a few of the girls did not want to work to get the rope, some suggested sacrificing their team mate to get the rope. This is were it became very frustrating. Some of the girls just sat on the platform and refused to take off their shoes or help in any way, it was funny that these same girls were the ones who demanded to swing across the rope first when they did finally get it.

I was so proud of Hannah, she did not give up the entire time, she tried to get the girls to tie their shoes together and keep trying. She became a great little leader and didn't stop working. She even waited until the end so the other girls could go across first. 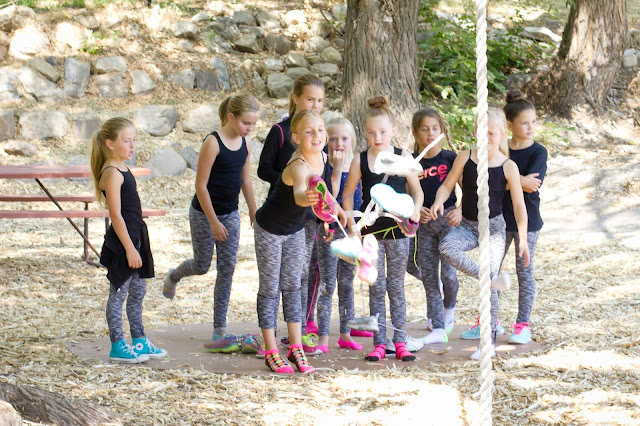 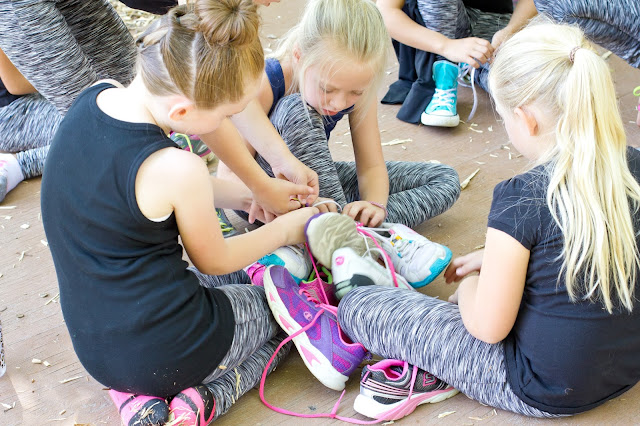 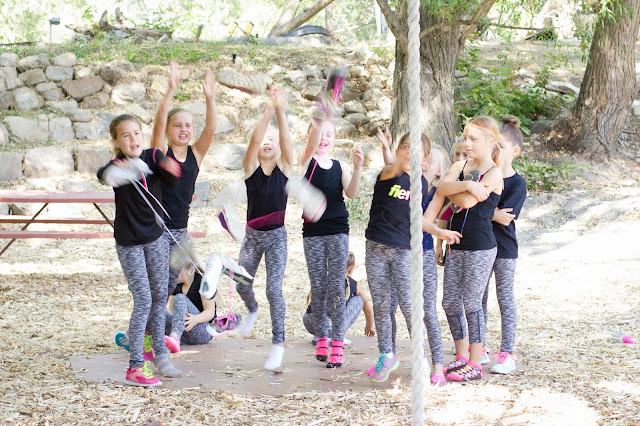 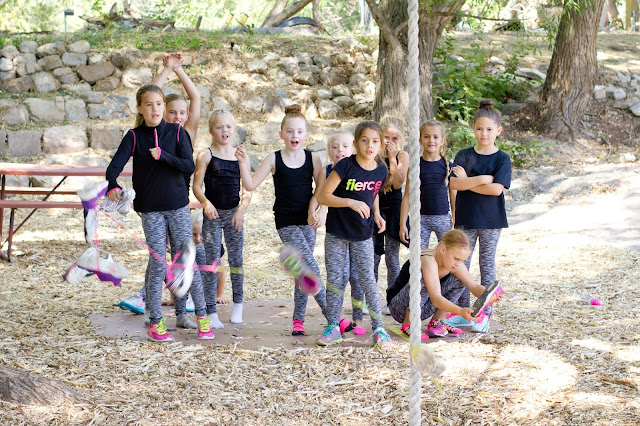 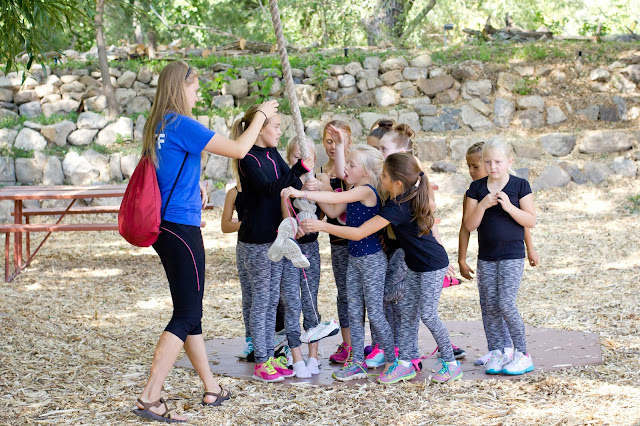 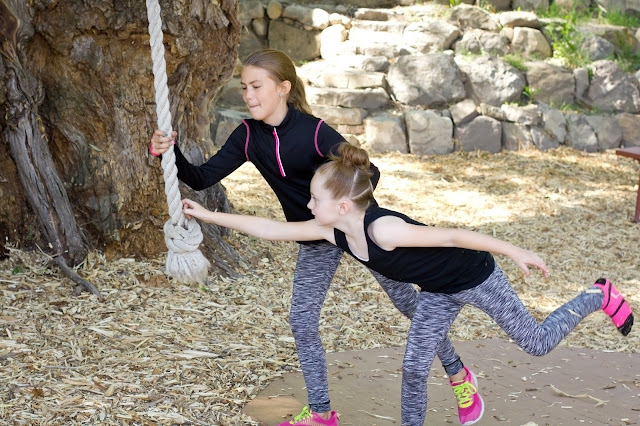 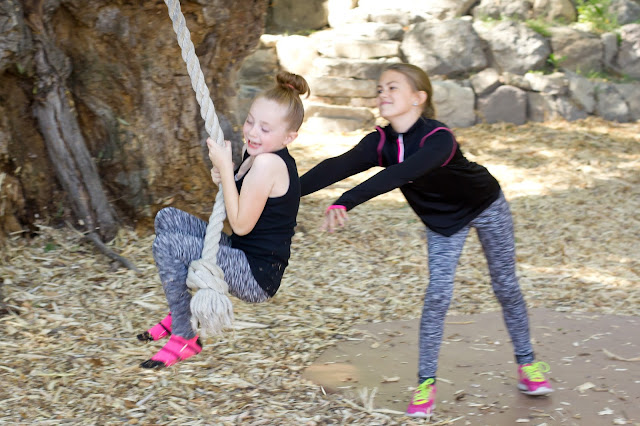 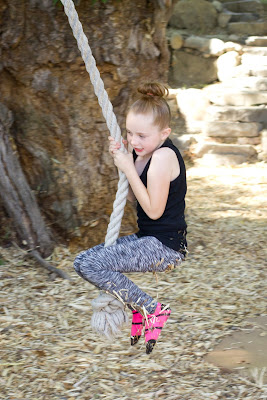 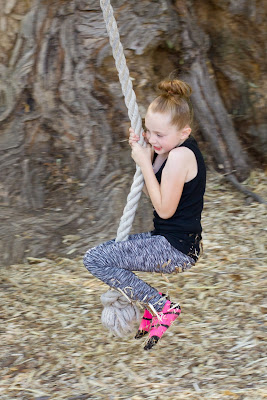 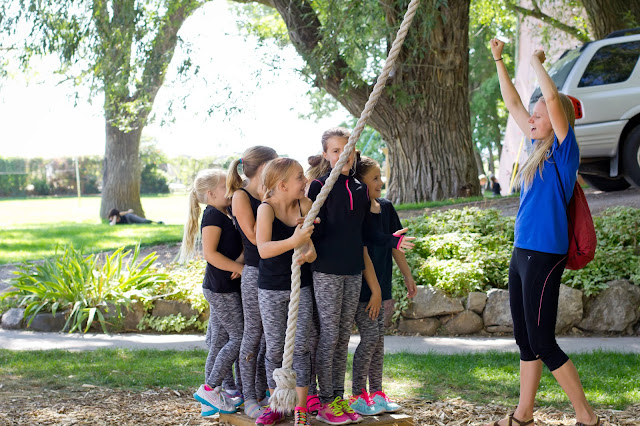 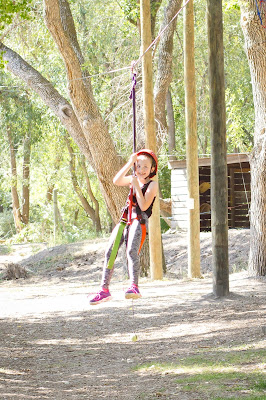 Hannah had decided she was going to do the zip line, and then decided she didn't want to when we got there, but thankfully decided to be brave and try. She had so much fun. 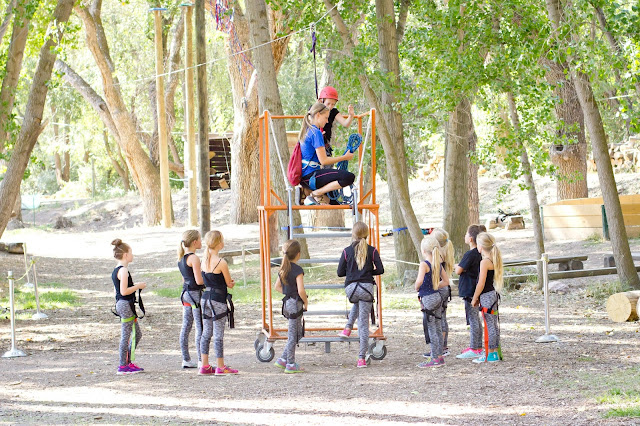 One of the girls was terrified to climb the platform but wanted to ride the zip line so they attached her to the line and then the girls ran her as far as they could forward so she could then ride back. It was this moment that I think they finally understood how much fun it is to work together as a team. 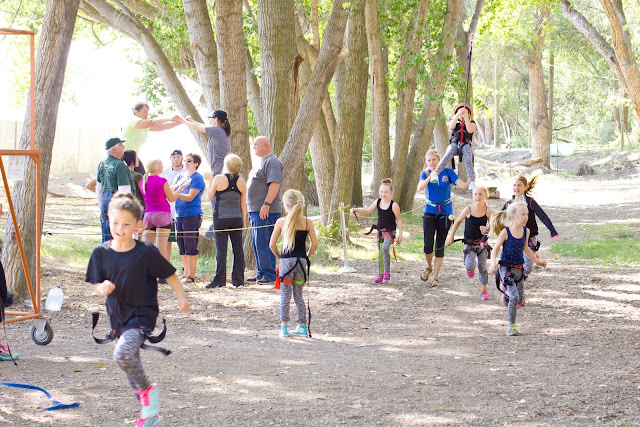 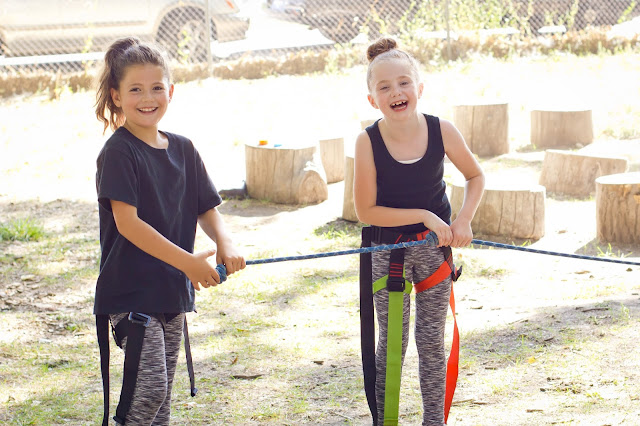 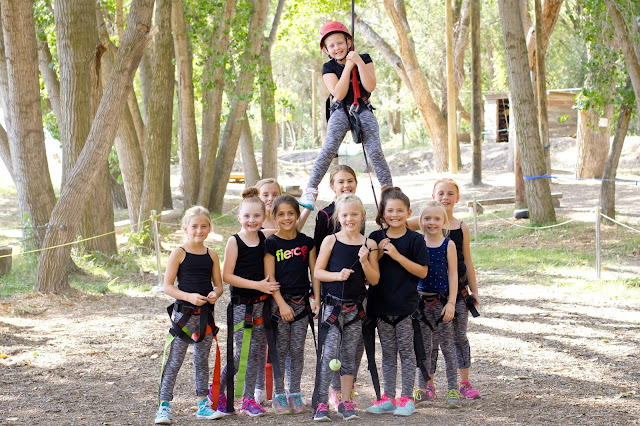 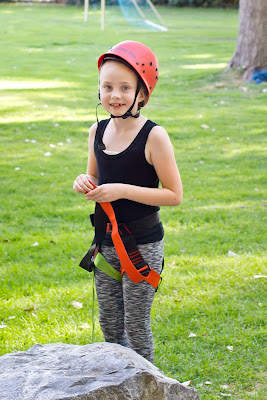 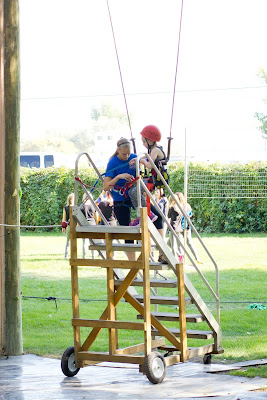 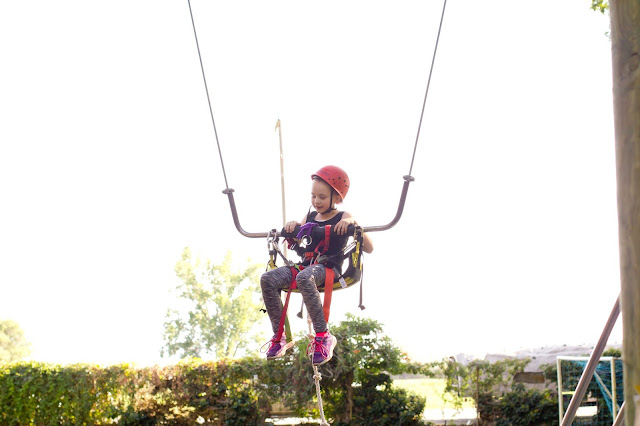 It took a lot of bribery to get Hannah to ride this swing, but in the end she was glad she tried it. 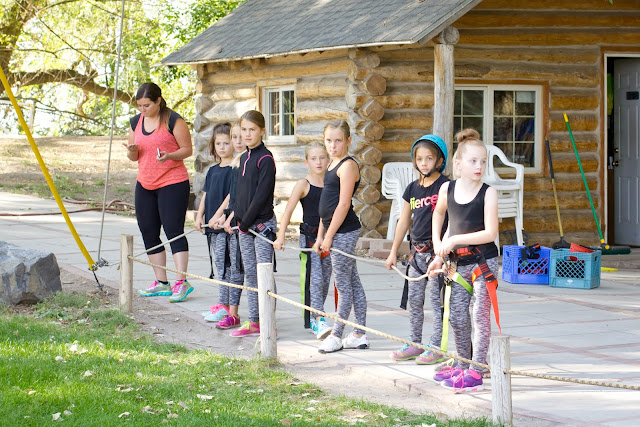