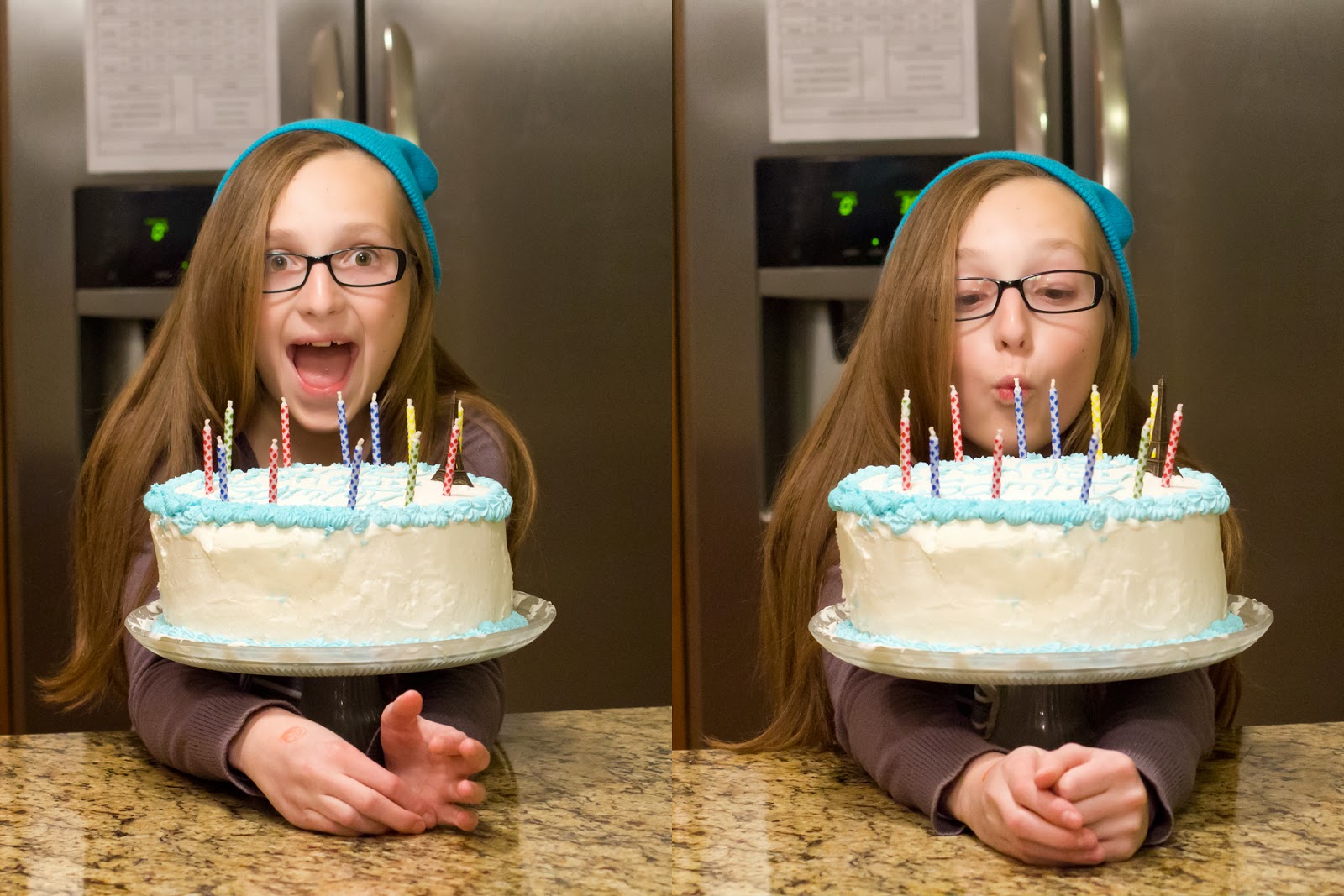 I have been trying to think of the best way to blog about Samantha's birthday, it was a very crazy busy time for us, and I think I have just decided to put it all into one big long post, because that is how it felt, like one big long week of celebrating that didn't seem to end, kind of like this sentence. 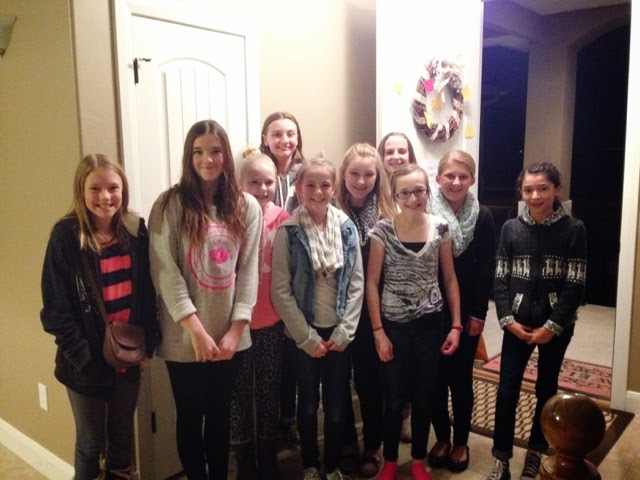 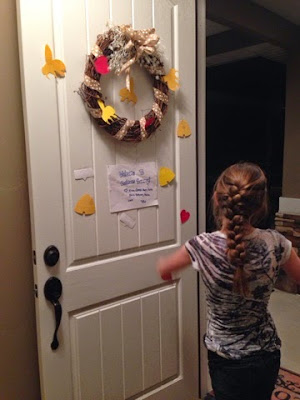 The entire celebration actually started the week before birthday week when the cute Beehives came to our house to bee attack our door and kidnap Samantha to take her to get ice cream.

I somehow managed to keep it a surprise, which was not easy. It was her last night of activity days and she wanted to go, I convinced her not to because they were planning the activities for the year that she wouldn't be there for.

Rob almost blew the surprise when he asked what Samantha's dinner job was so she could hurry and get it done. I told him (and gave him the look) that there was no rush because she decided not to go to Activity Days. Thankfully she didn't suspect a thing.

The cute girls surprised her and I made them all take a picture, which they told me everyone makes them do, and then sent them on their way. I closed the door, sat on the couch, and cried. My baby girl is growing up faster than I want to admit. 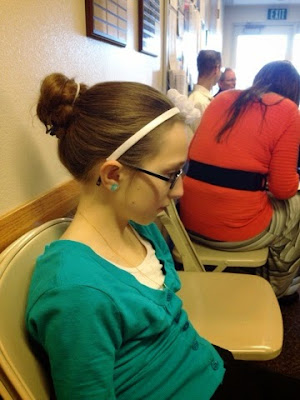 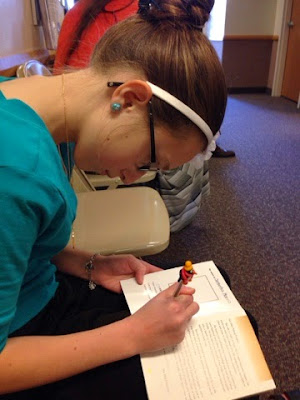 Sunday before church Samantha had her 12 year old interview with the bishop, she had also completed her Faith in God award, and was interviewing for her Temple recommend.

Does she look really nervous to anyone else?? That first Bishop's interview will do that to ya. 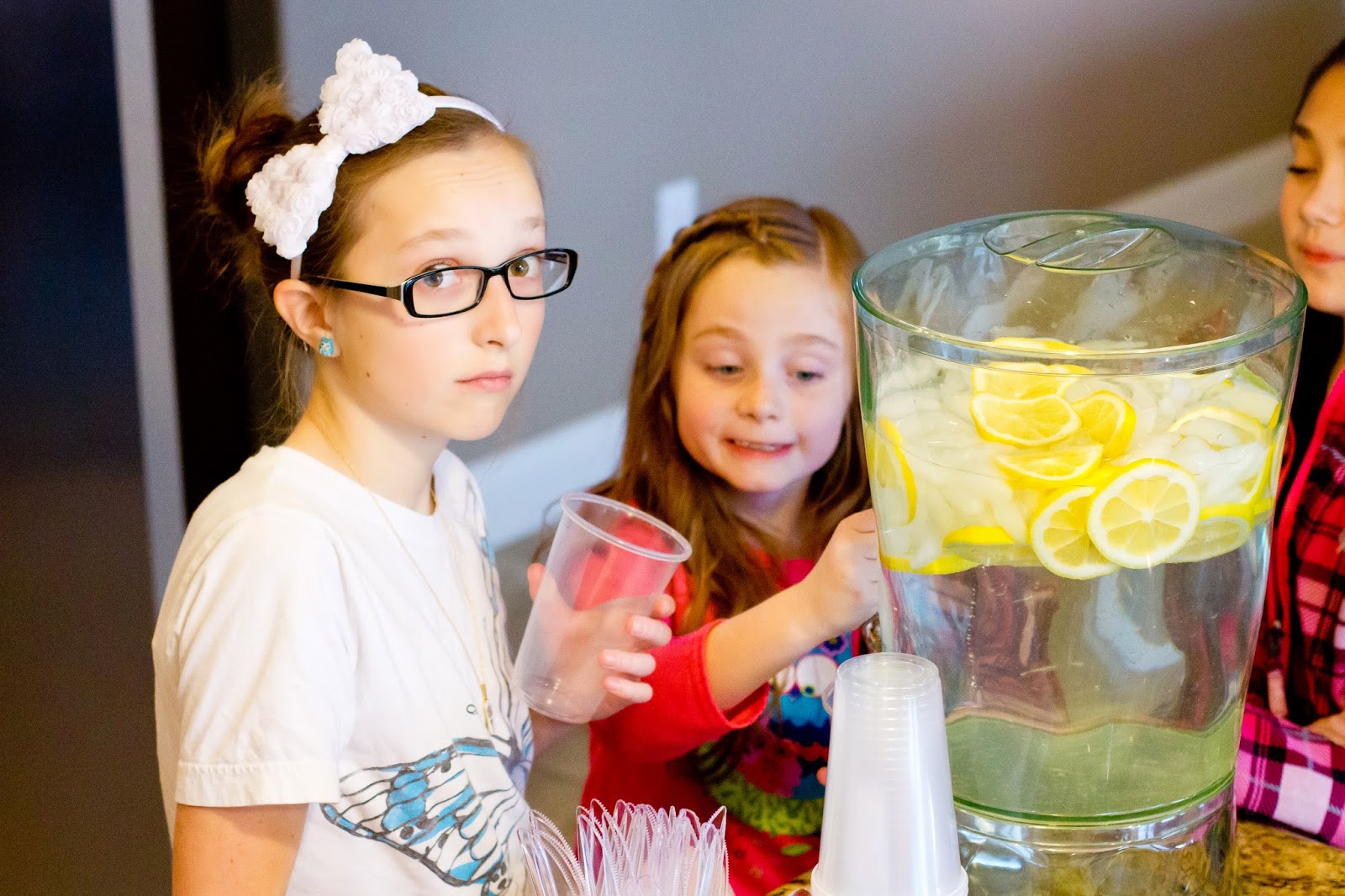 After church it was time for our Super Bowl Party. We had a ton of really good food, we just wish the game had ended differently, darn it!!! 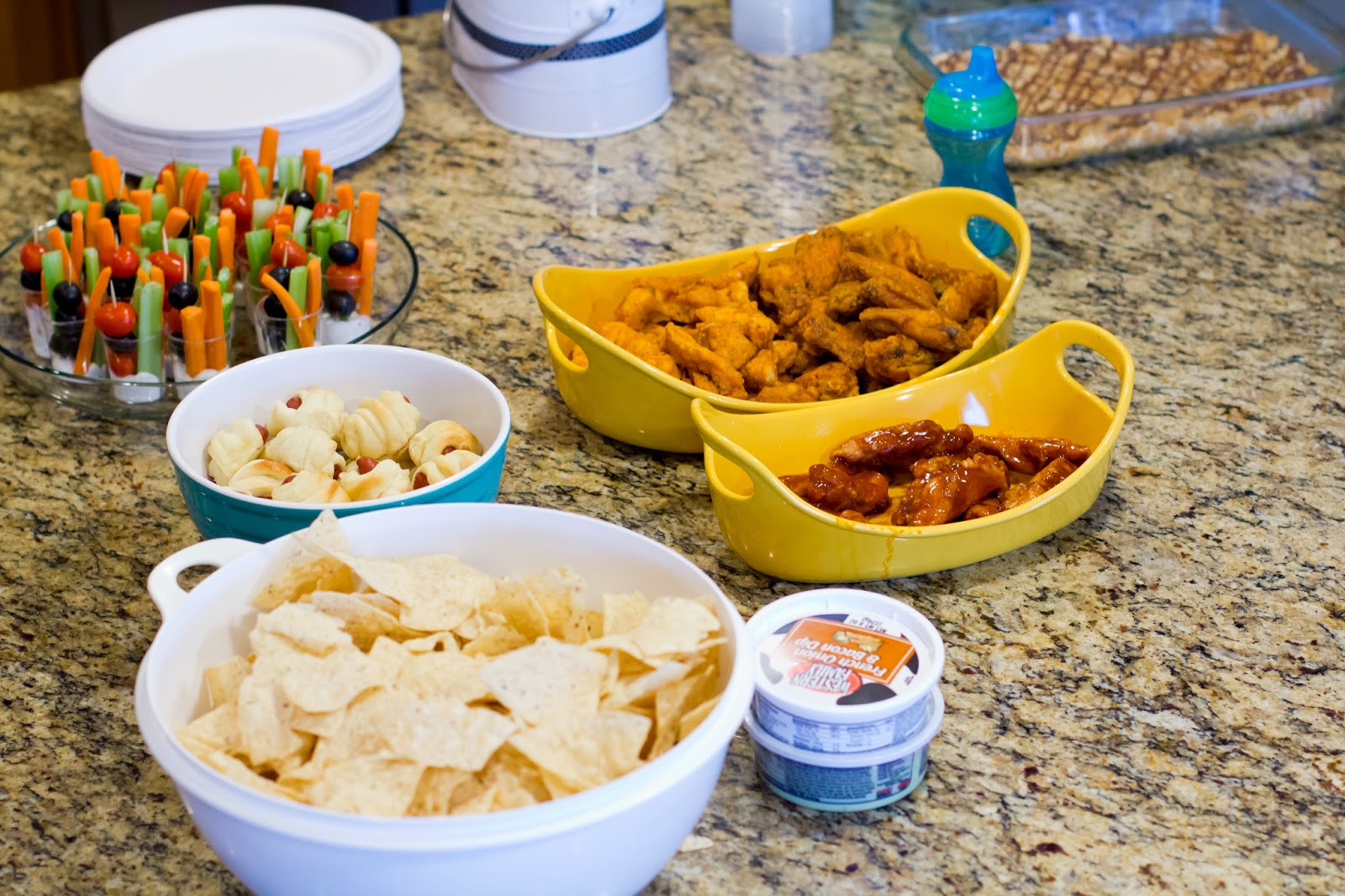 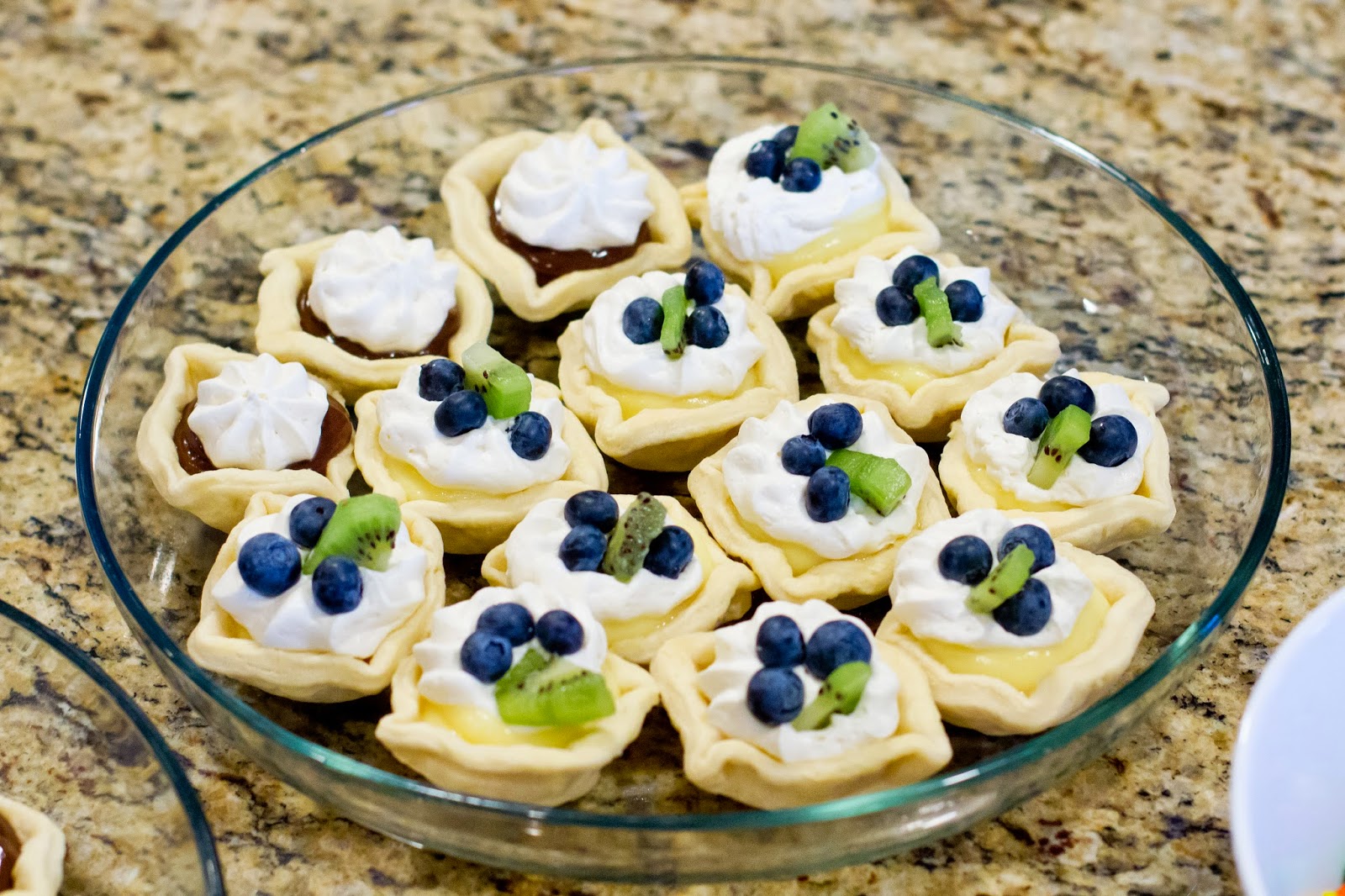 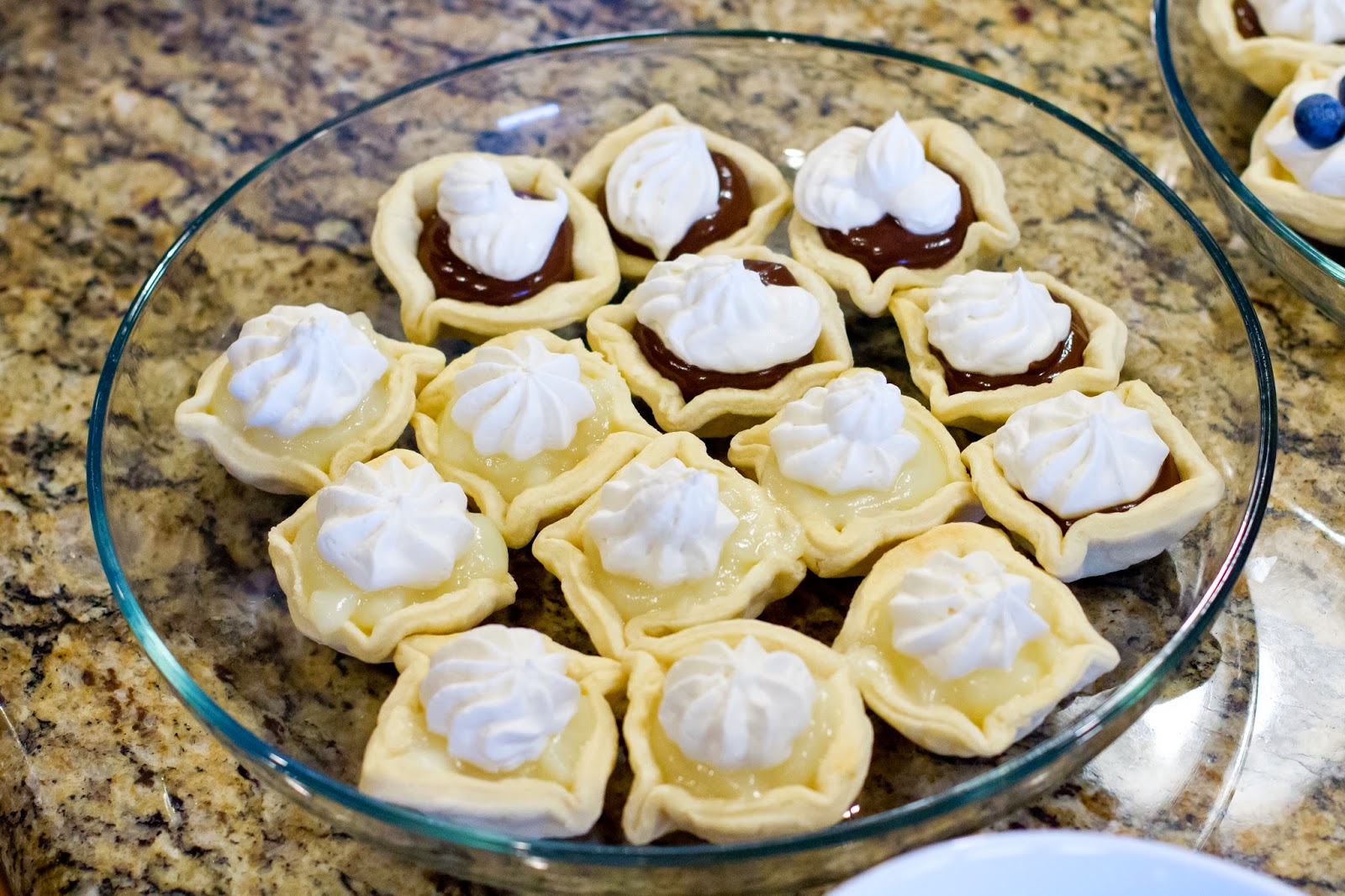 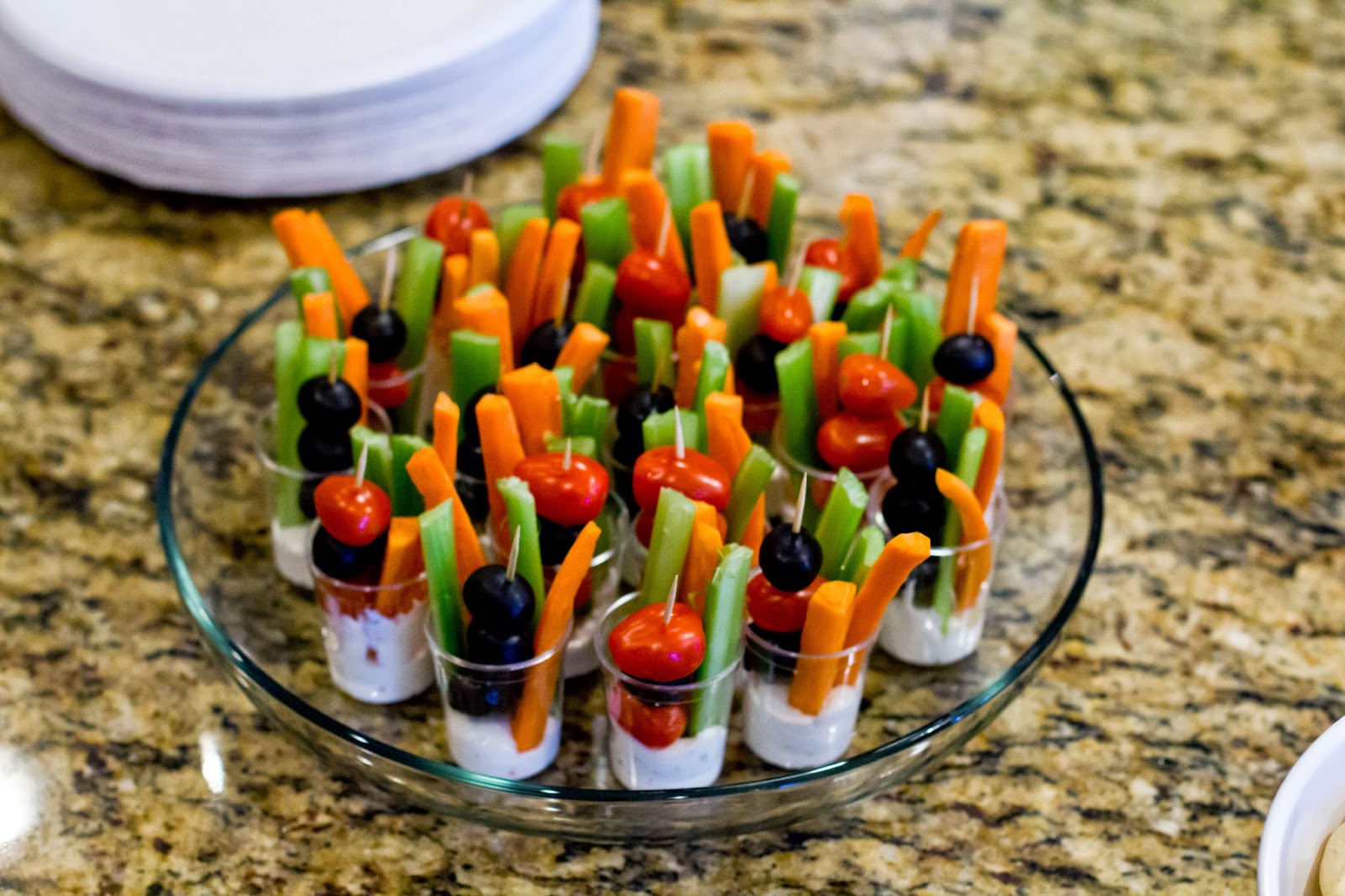 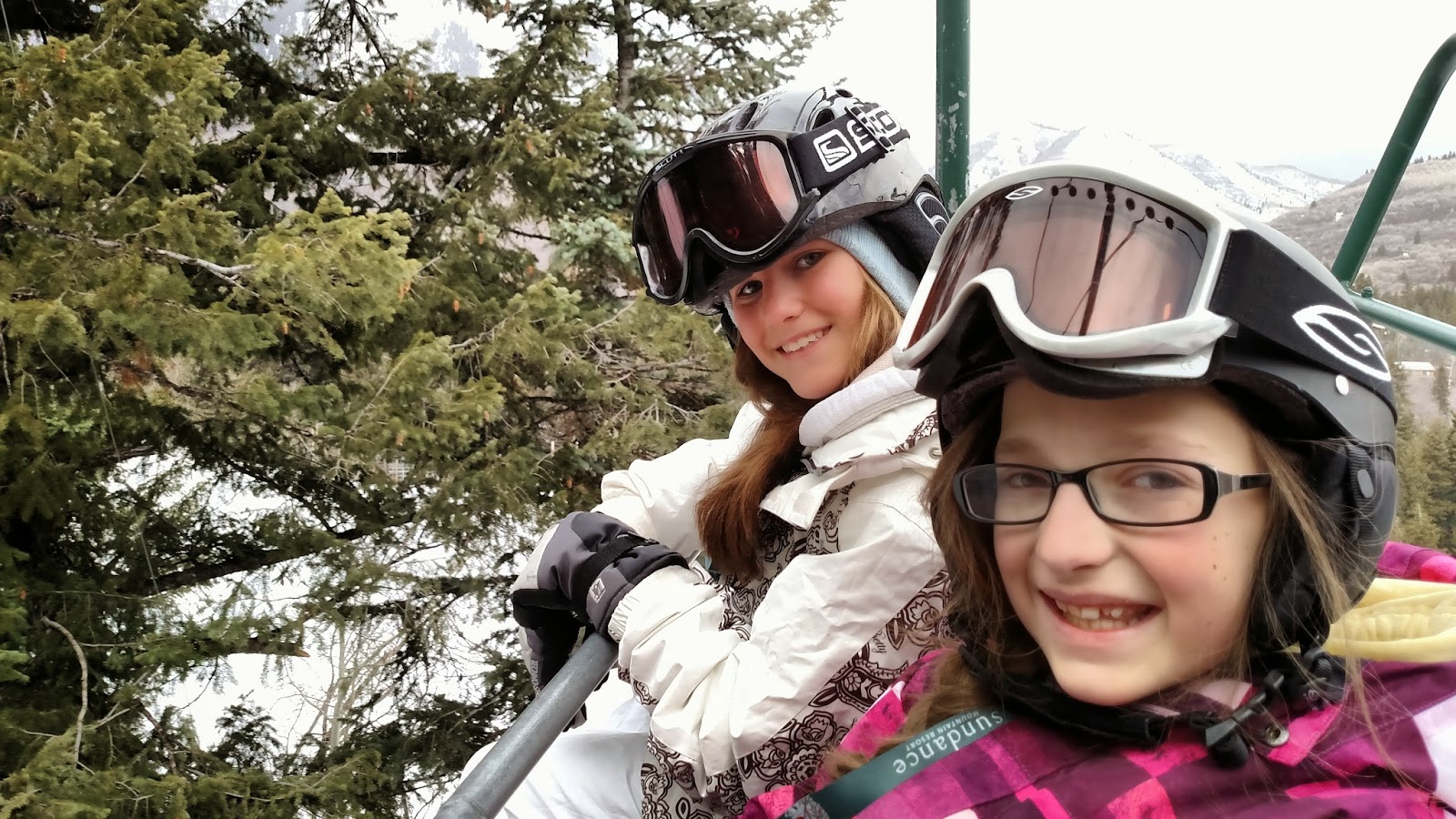 Monday Rob took Samantha and her friend Raquel to Sundance so Samantha could learn how to snowboard. We haven't had very much snow so it wasn't the best conditions, but Rob said she eventually caught on after some big spills. He thinks having Raquel there made her want to keep trying and it would have been very different had she not been there. 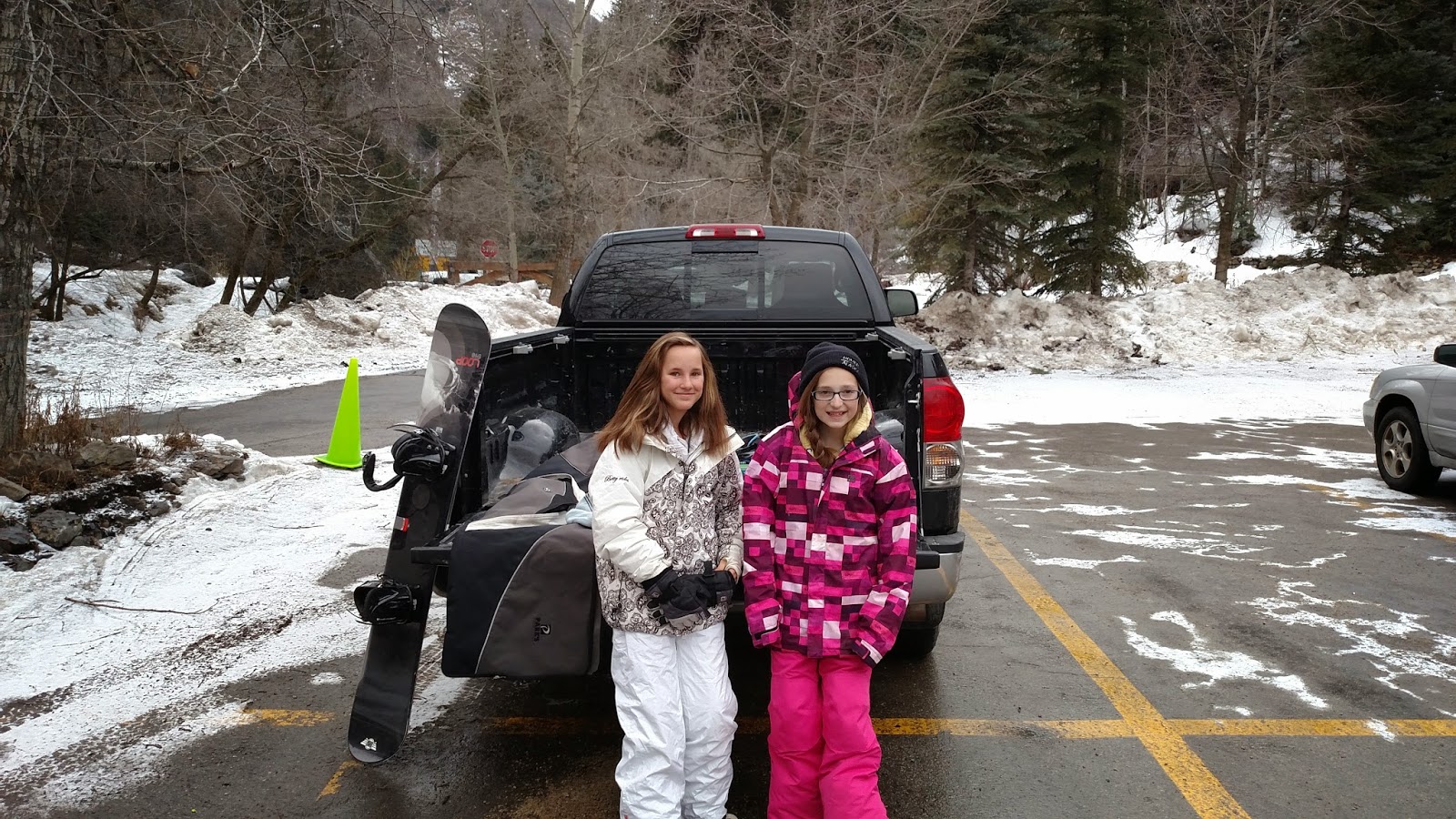 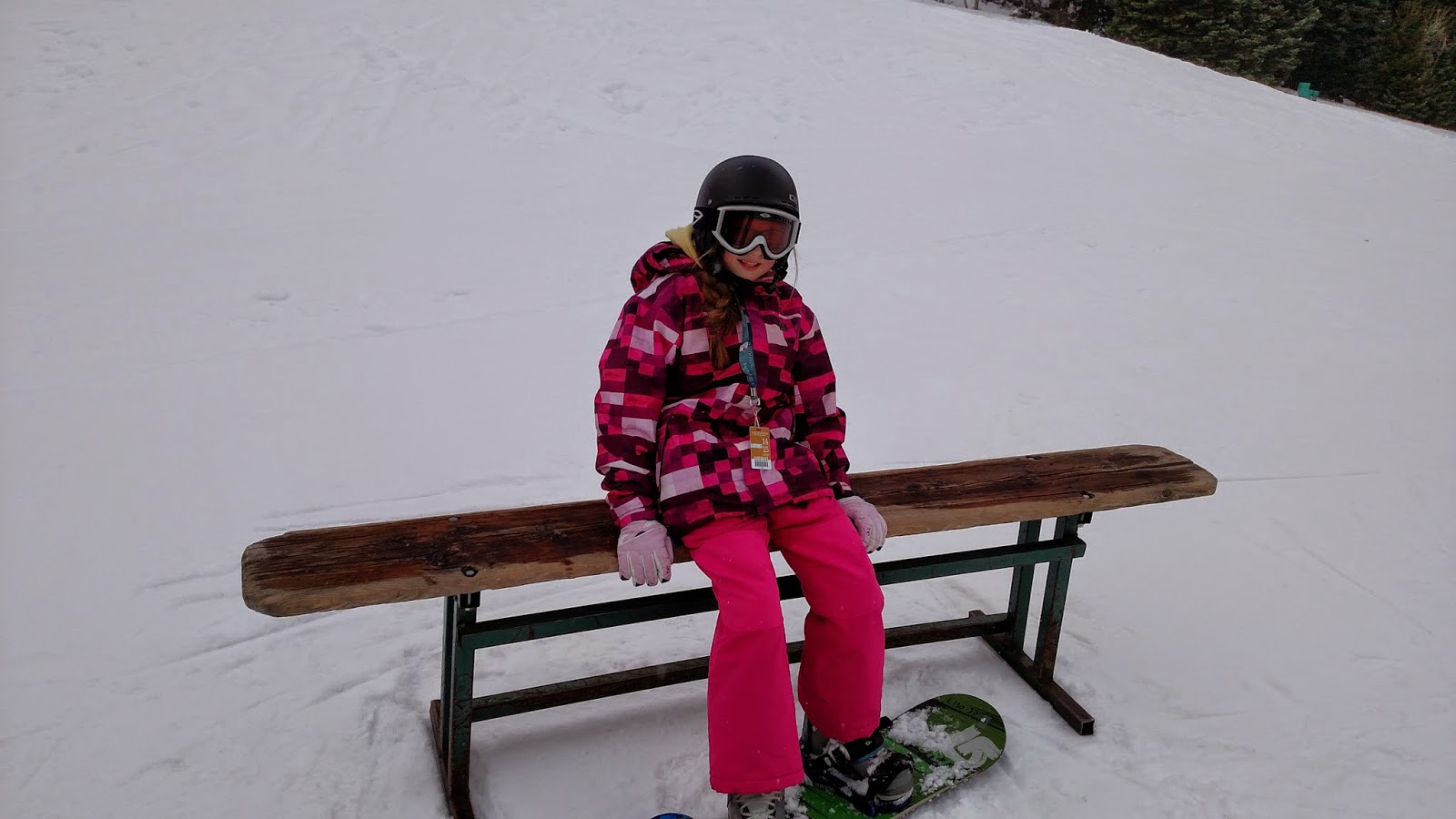 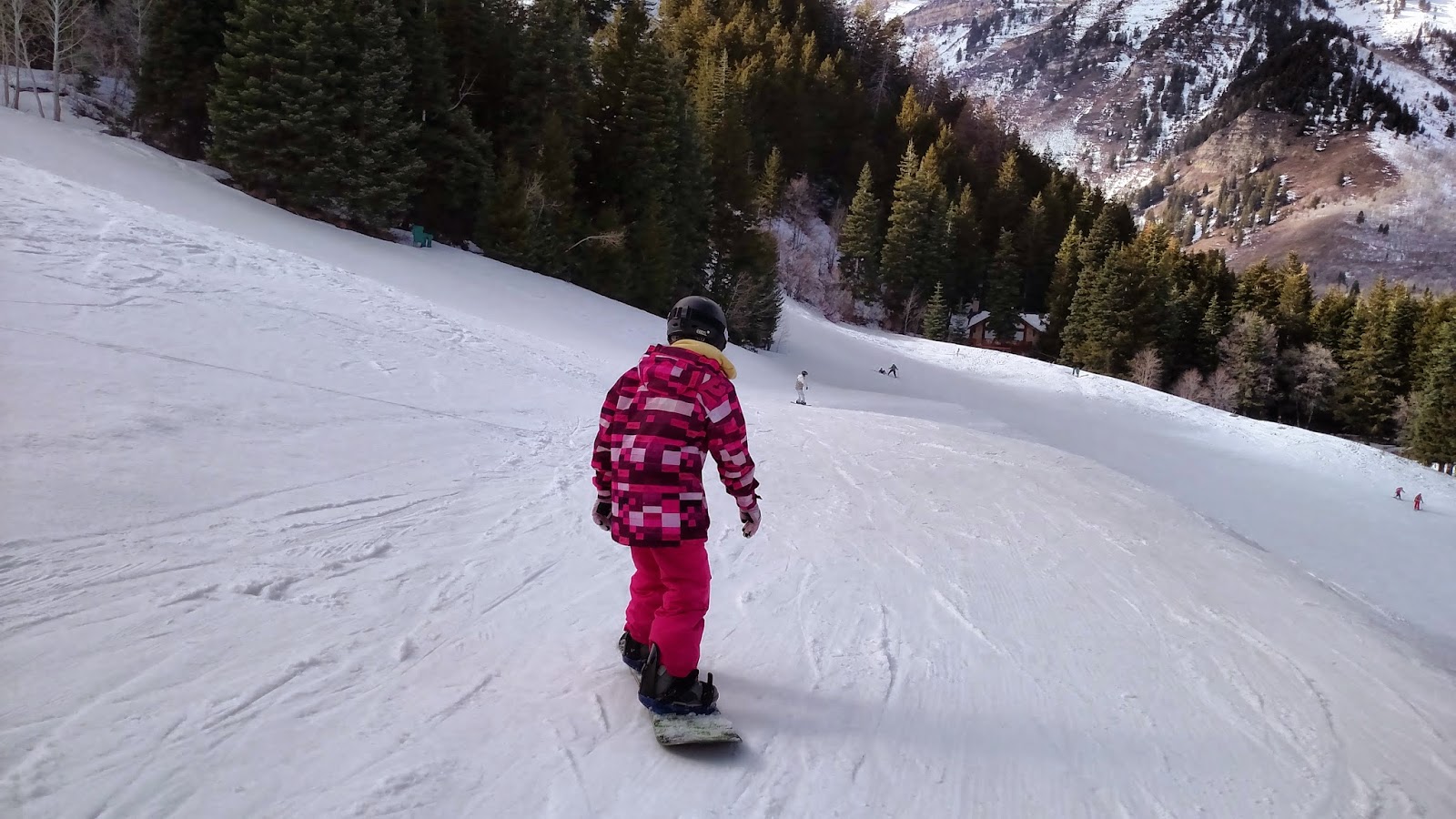 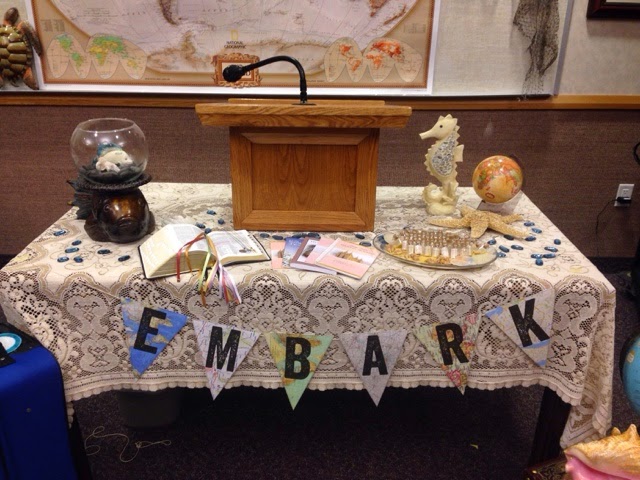 Tuesday night we had New Beginnings, one of the other Young Women introduced Samantha and she was welcomed into the Young Women along with the other girls who are turning 12 this year.

Because I am over Personal Progress I had to speak that night and I was also in charge of helping with dessert. We made little mini pies with Swedish fish on top and blue jello cups with little boats on top. I wish I would have gotten a picture because they were adorable, and so so yummy!!!

It all went perfect with this year's theme: “Therefore, O ye that embark in the service of God, see that ye serve him with all your heart, might, mind and strength, that ye may stand blameless before God at the last day”

I really love this year's theme, which I think I say every year, but this year may really be my favorite.

Wednesday we had cake and opened presents, it was a day early but we fit it in where we could, and she was excited to get to open them a day early. 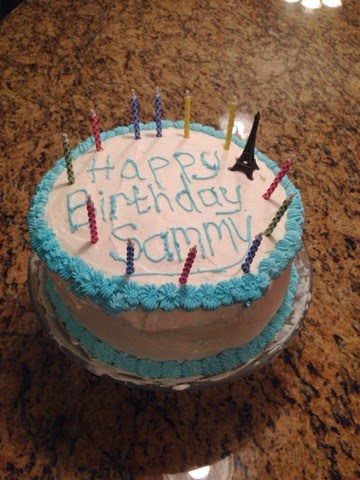 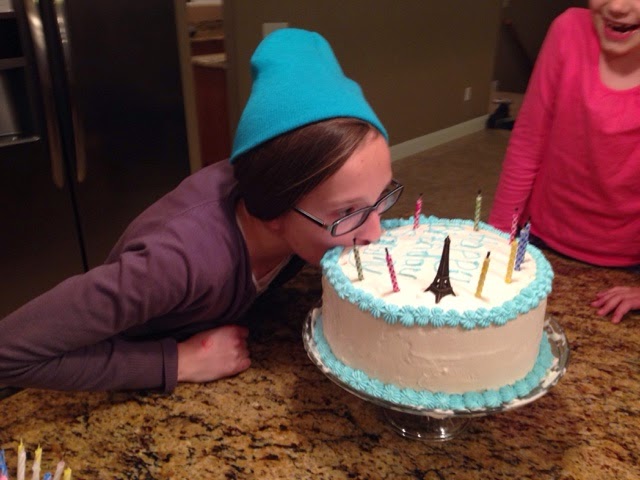 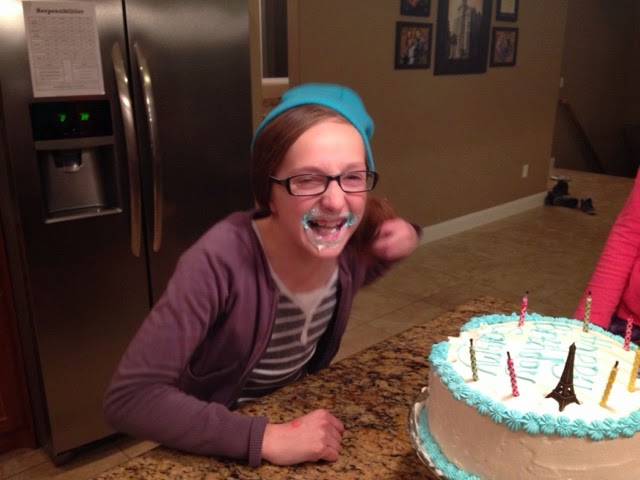 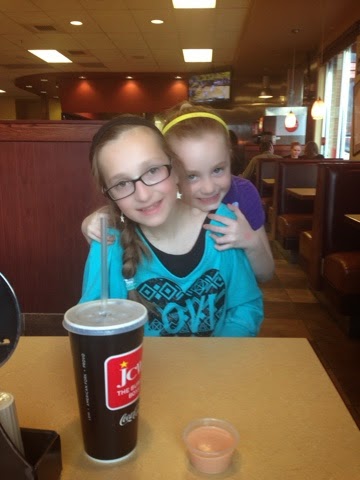 Thursday was her actual Birthday. She had play practice before school at 8 and then after school until 4:45. Rob and I both snuck away from work so we could take her to lunch and then when she was done with play practice we went to JCW's as a family for dinner. 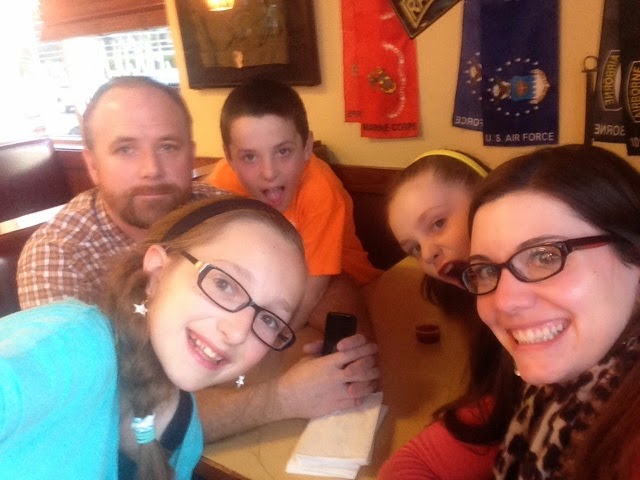 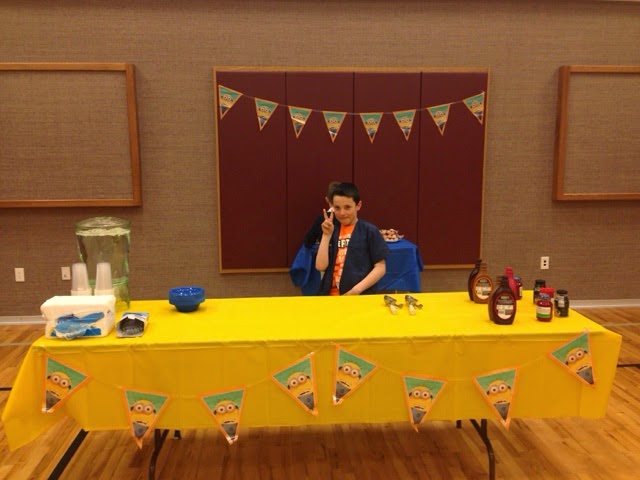 From there we headed to the church so we could get everything set up for the Blue and Gold Banquet. Our theme was "Our Scouts are One in a Minion", and it turned out so cute, but boy were we happy to have that done with. 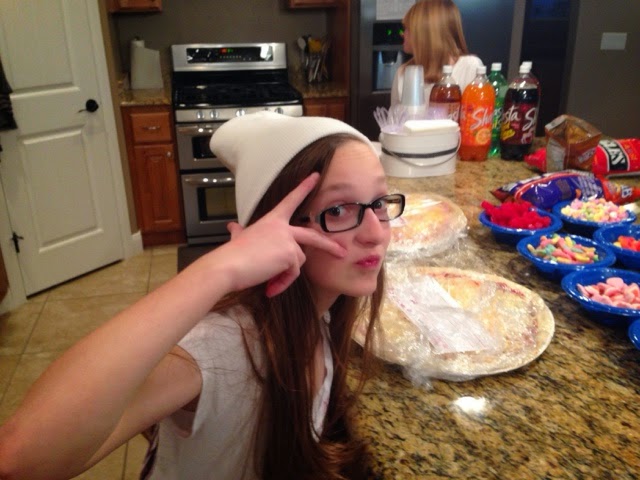 Friday she had a late night with her friends, she planned all the activities and I did my best to stay out of the way. There were quiet a few selfies taken, a lot of boy talk, games, a craft, and the Princess Bride playing in the back ground. It was also very very loud!!

But I think it helped my "We need to finish the basement" argument. 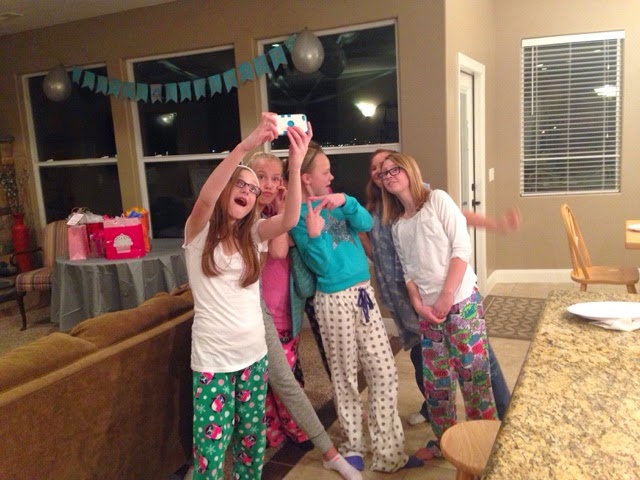 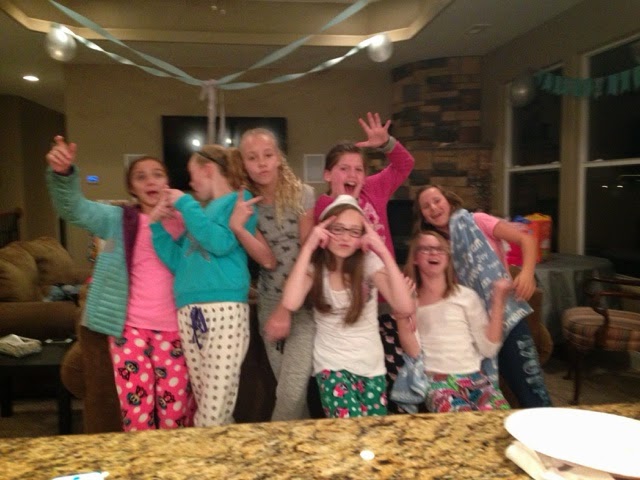 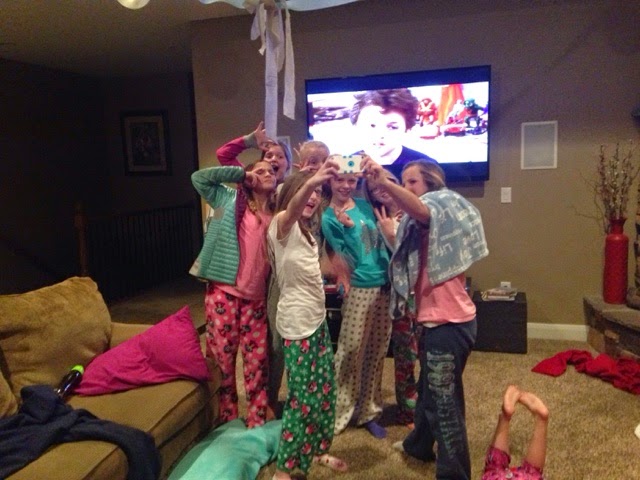 Saturday we were able to take Samantha to the temple for the first time to do baptisms. It is hard to describe the feelings of this special day, but I was so grateful we had this opportunity to be together  in the Temple. I am looking forward to many more Saturday's just like this one.

The next day (Sunday) she officially entered Young Women's. I laughed (because it is better then crying) when she asked if I was going to Relief Society that day. Rob said I shouldn't feel too bad, I had been smothering her all week. So I gave her her space, I sat on the other side of the room and didn't say anything to her.

She was very happy to finally be in there with her friends, they all had October birthday's and she has been hanging out in Primary counting down the days.

It was a crazy busy week, and I still can not believe she is 12, but we are so grateful for the beautiful young lady she is becoming.
Posted by Jamie M. at 6:18 PM