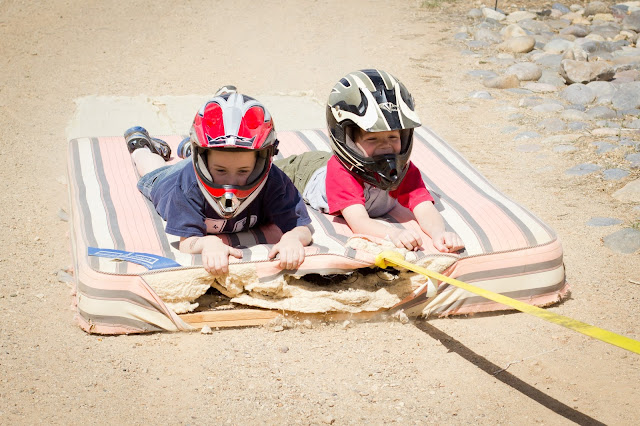 Rob came to pick me up so we could go out for the night, we were going to meet up with our usual group of friends, but tonight he had something extra fun planned. He had somehow gotten his hands on an old mattress and we were going to go out to the desert and pull it behind the truck. Not going to lie I thought he was nuts, but it didn't really surprise me that he had come up with the idea.

Fast forward 12 years and we while we were cleaning out Rob's parents house we convinced them to not move an old mattress and instead get rid of it. Rob decided  before it was gone that we should let the kids ride it.

We hooked it up to the back of the 4 wheeler and Nase pulled the boys around the yard. The girls decided it looked like fun and decided to jump on. 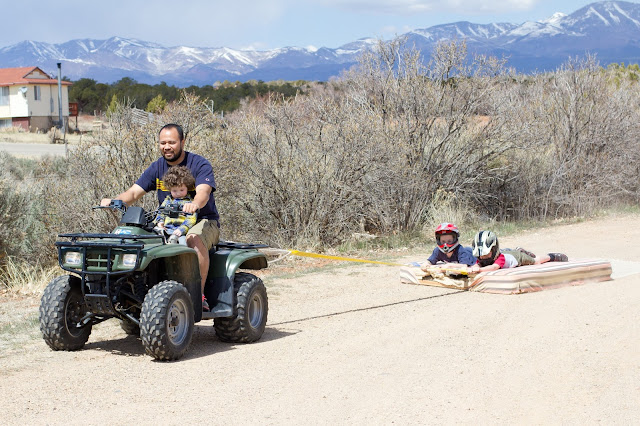 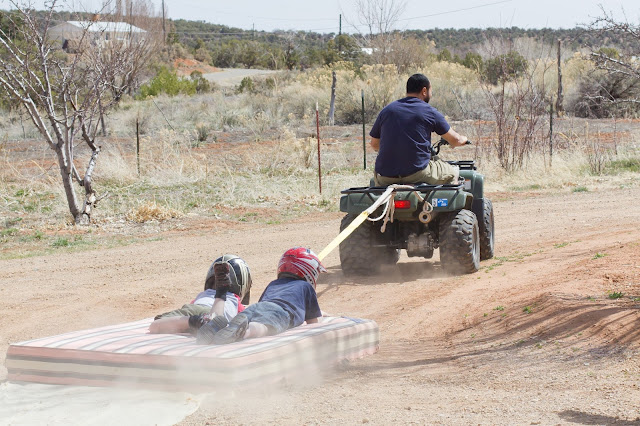 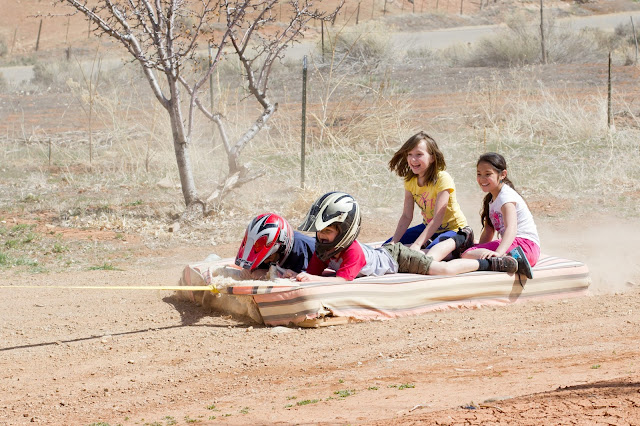 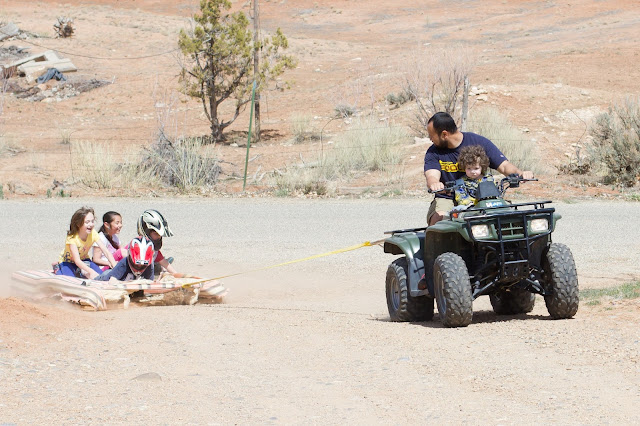 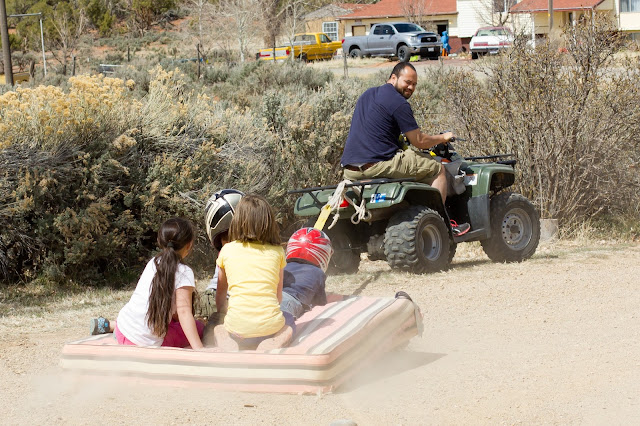 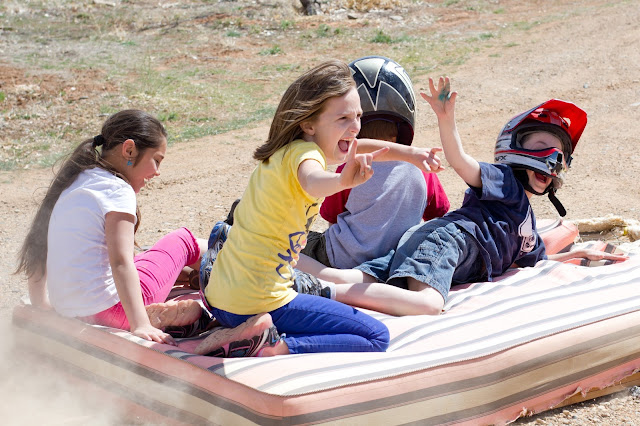 The ride did not last long enough for their liking, but we had to make it to the dump before it closed and sadly the mattress was coming with us.
Posted by Jamie M. at 2:49 PM