Somehow I ended up as Room Mom for Hunter's 1st grade class, not that I mind helping at school, I actually love it, but I didn't want to have the main responsibility. But when your friend, who is over all the Room Moms, calls and tells you no one else will do it you say yes, because that is what friends do.

I stressed and stressed over the Halloween party, I was upset because parents were unwilling to help even when I told them everything was done, but with the Christmas party I knew what to expect.

I planned on two games and a craft project, thankfully a couple Moms are at least willing to bring in treats.

The first game was an egg and spoon race, the idea came from a Christmas party handbook available at Bunting, Books, and Bainbridge {HERE}. I found two white eggs in my Easter Box and then glued a red and a green ribbon around each one, the wooden spoons came from the dollar store.

(and yes one is wet because it just came out of the dishwasher, I forgot to take a picture before the party).

I discovered at the Halloween party the kids love a relay race. They had a blast with this one and I loved hearing them chearing for their classmate who was trying not to let the egg drop, even when they were on the other team. 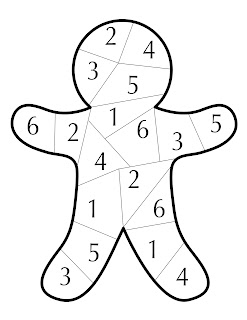 We also played this Gingerbread Dice Game  from Kinzie's Kreations. This one did take a while, most of the kids liked it but a few were bored. I think I will print a few more off and play it with my kids, they will love it. 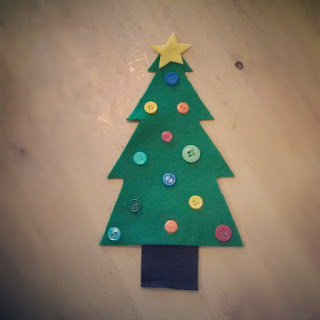 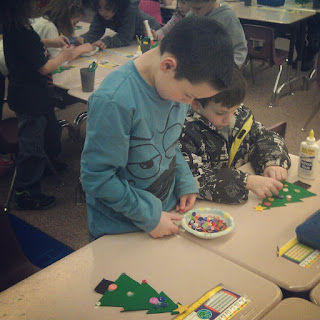 I found this Christmas Felt Tree Activity from Olives and Pickles, and decided it would be a fun craft project. It was a hit. I posted a picture on Instagram and a couple of my friends suggested Ric Rac as garland, I never did get any, but the kids still enjoyed loading their trees up with buttons. 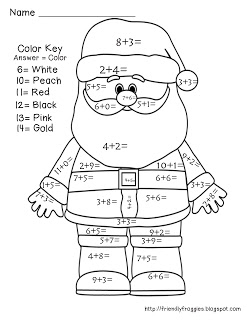 I didn't know if I would need a time filler so I also printed off this Add and Color By Numbers Santa from First Grade Friendly Frogs. I didn't end up using it so I left it with Hunter's teacher to use this week.

The party seemed to be a hit, which is always great. Up next, the Valentine's day party.
Posted by Jamie M. at 7:50 AM