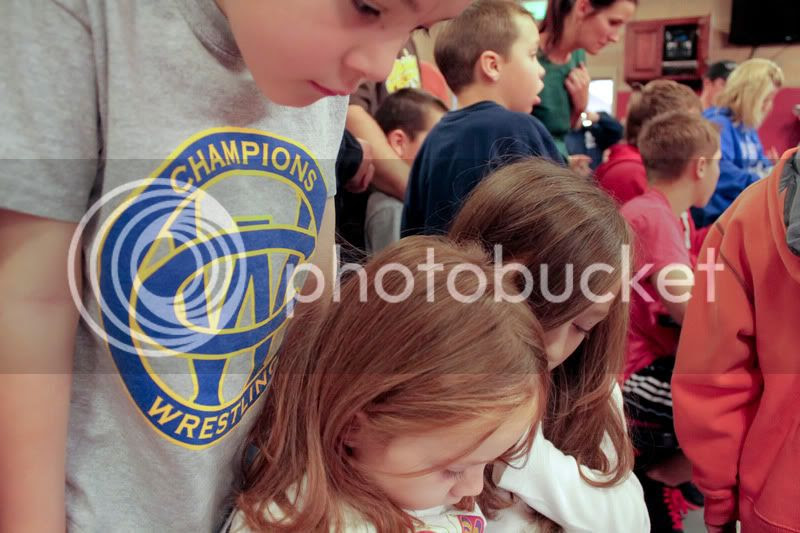 Saturday Hunter went to his first wrestling tournament, there were not many people in his weight class so he ended up only being able to wrestle twice.
(this is what happens when you are in Kindergarten and are in the 55lb weight class) 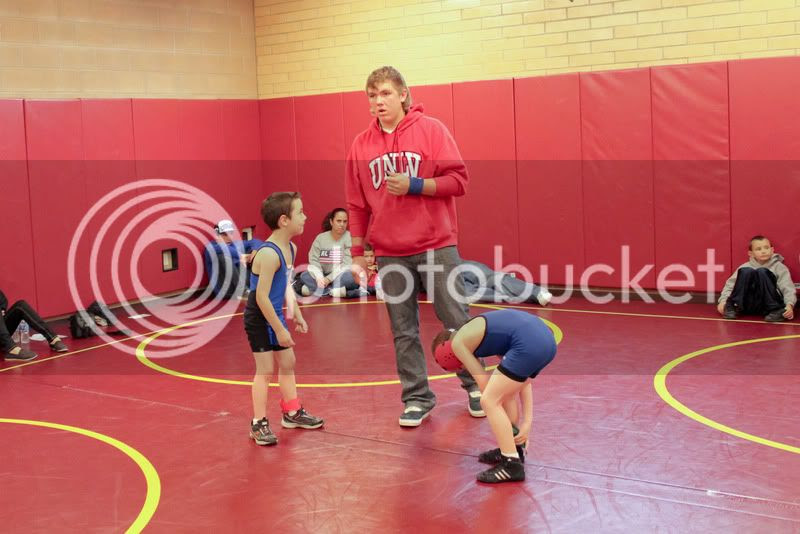 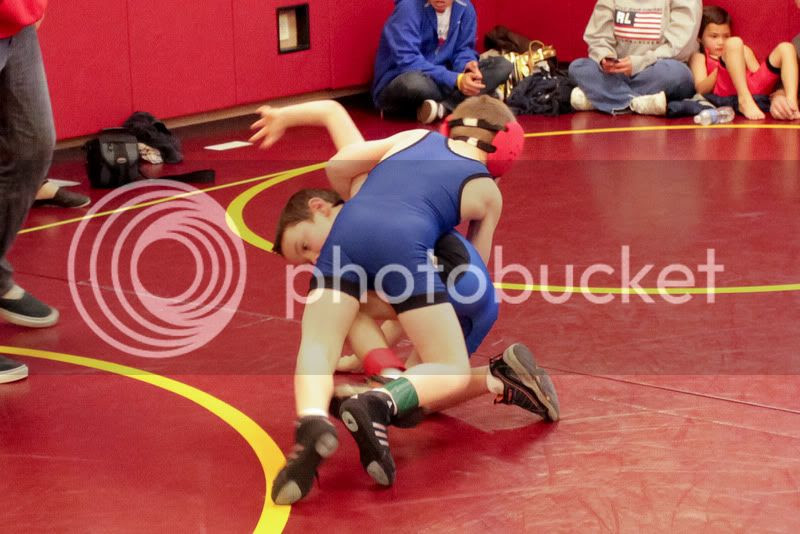 The first match the kid he wrestled must have been wrestling for quite awhile but Hunter didn't give up he fought hard and kept from getting pinned.  Although the kid kept choking Hunter trying to get him down, which is illegal and should have been called.  Hunter was struggling to breathe and starting to get upset, so I started to get upset (not a good combo) because Hunter struggling to breathe is a very scary thing for me (especially when I forget to bring his inhaler). 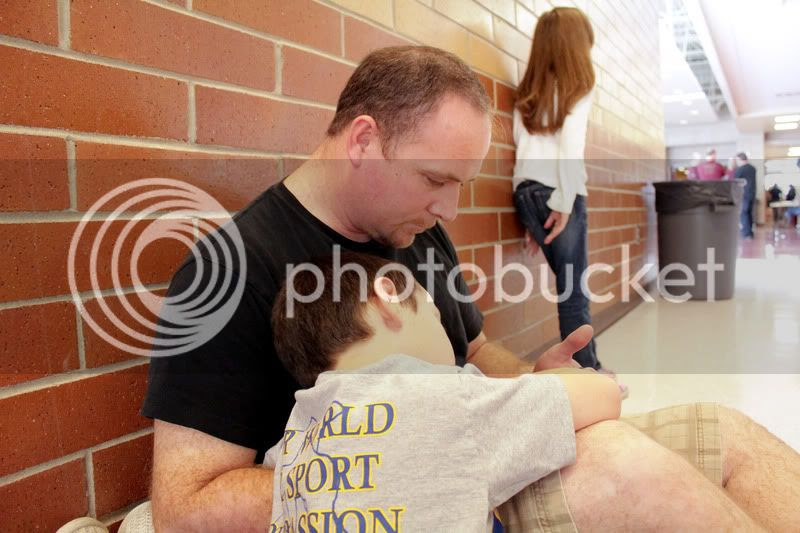 But we both calmed down and in between matches Hunter and Rob watched the video of the match and pointed out what he could do better, and then it was time to wrestle again. 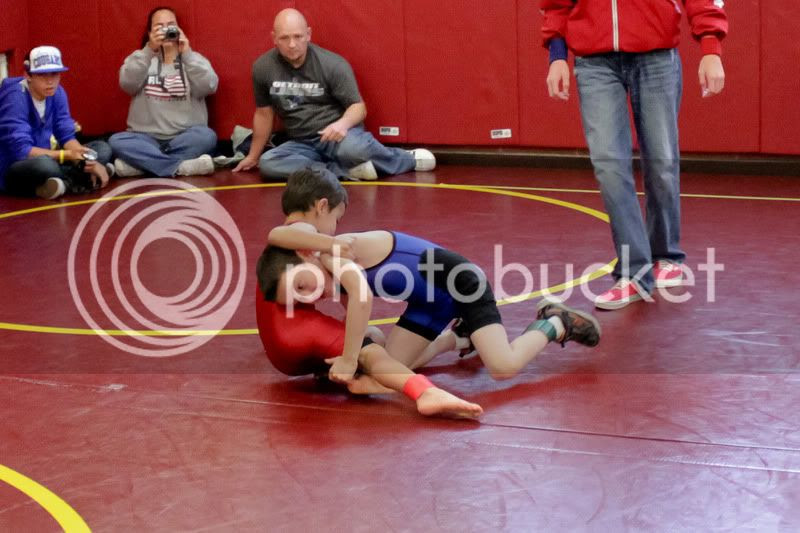 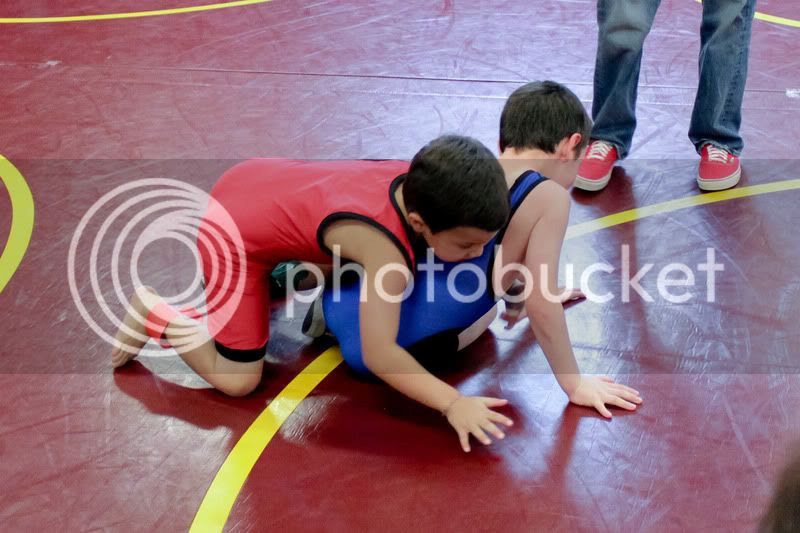 Hunter fought hard, the other kid fought hard, and after the two rounds it was a tie score.
Now I did stats for the wrestling team my junior year in high school so you would think I would remember a thing or two, like when you go into overtime the first wrestler to score points wins.  Then I could tell my son he needed to get the take down to win, only I didn't remember. 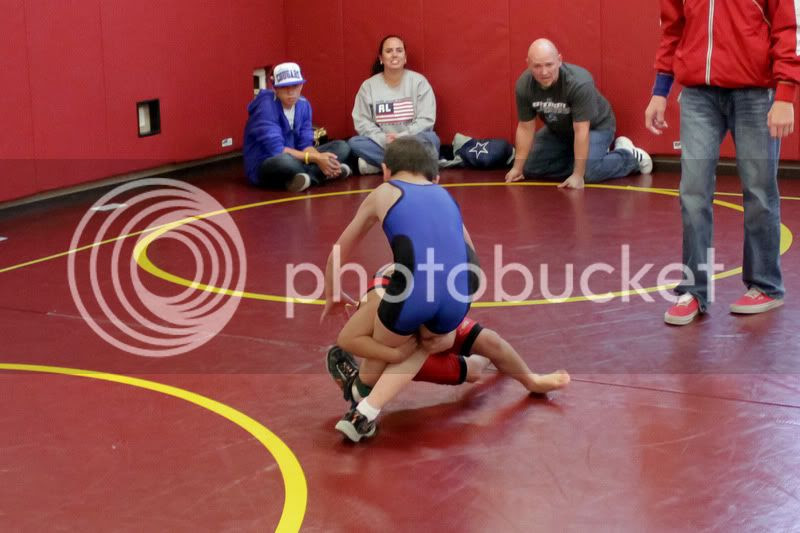 And the other kid got the take down, and it was over, and I suddenly remembered.  Sorry Bubba, but you did awesome!!  At the end of the tournament he got a medal, and he thought that was the best part.

PS. I don't have a picture of his medal because I rushed off to help enter data for the rest of the tournament, again SORRY BUBBA!!!
Posted by Jaymerz at 8:04 PM