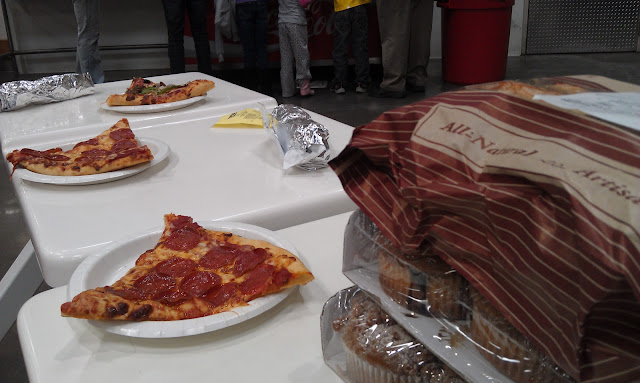 This morning we were without power for almost 3 hours, the outages covered 3 counties, and the temperature was 36 degrees (had to throw that last 3 in there so I could have 3, 3's).  Rob was sent home for an early lunch hoping when they got back the power would be back on.  So we headed down to the dark school (they have a back up generator but it decided not to work today) to pick Hunter up early and check Samantha out for lunch.

Samantha was a bit torn, she wanted to come with us but was also having lots of fun in the dark school, but in the end she decided to come with us.  We drove to Costco for lunch, because really who doesn't love wondering around Costco, and ended up bringing home some Blueberry and Pumpkin muffins and some sourdough bread for dinner, Yummy!! 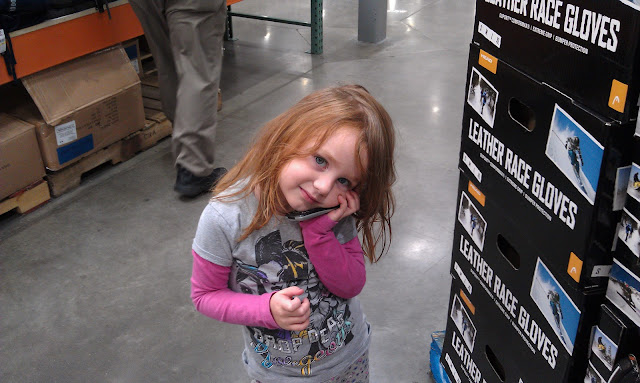 It is funny how much we take it for granted, Hannah asked this morning if she could play the Wii and when I told her it wouldn't work she tried to turn on the TV "OK Mom I will just watch cartoons instead".

And apparently when the power is out our brushes stop working too, thankfully pretend friends never stop talking on the phone to us.

I kept thinking of what I could do while I waited for the power to come back on and I tried to get the vacuum a couple times.  But instead I curled up on the couch with a blanket, this little house is drafty and got cold pretty fast, and looked for updates on Twitter. (thank you smart phone)

Now that the power is back on and I am warm again I can't help but think how thankful I am for electricity, it really does make life a lot easier and warmer (or cooler depending on the season).

Email ThisBlogThis!Share to TwitterShare to FacebookShare to Pinterest
Labels: Adventures, My Kids, School